SPIN’s All-Access Pass to CMJ 2011: Photos From Backstage to the Front Row 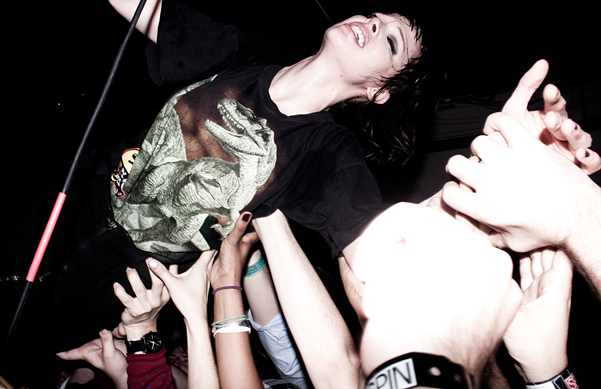 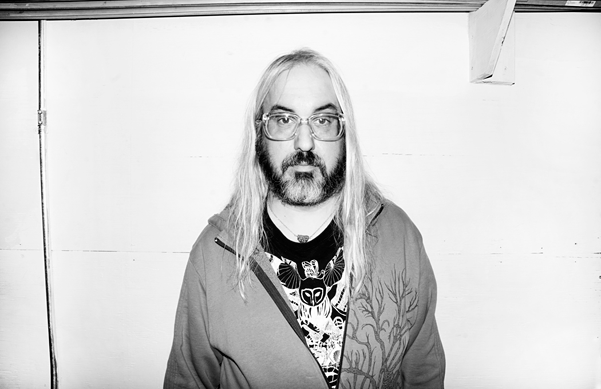 In a fest dominated by buzz, the J Mascis acoustic appearance at Mercury Lounge was a little under-attended; but that didn't keep the faithful at the intimate gathering from singing along on Thursday, October 20, 2011. 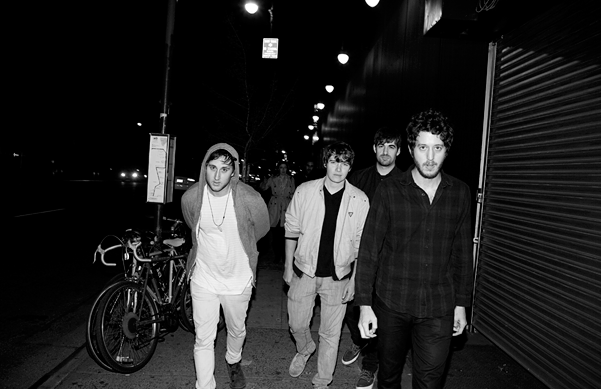 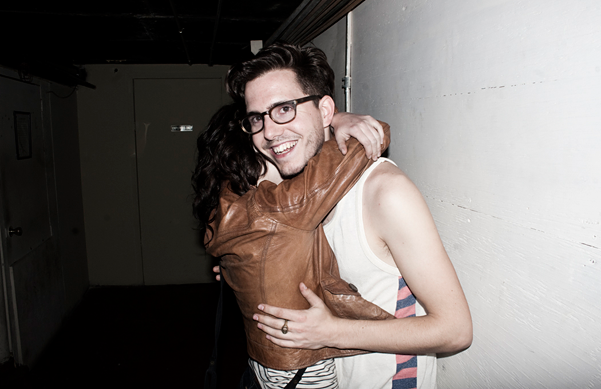 Photographed Friday, October 21, 2011 in the basement of the Mercury Lounge. 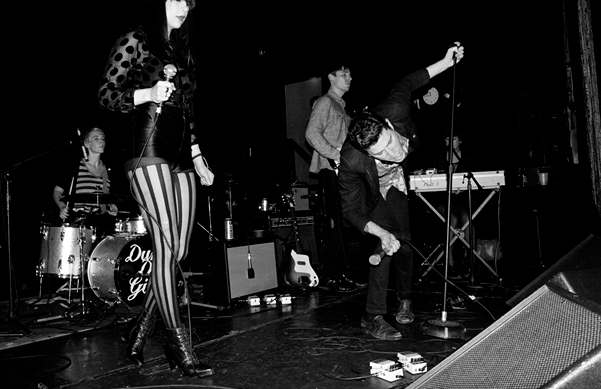 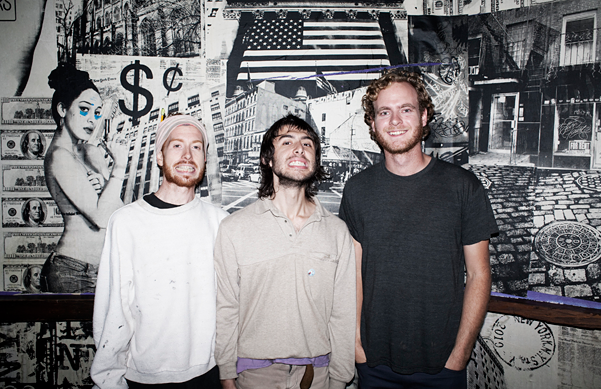 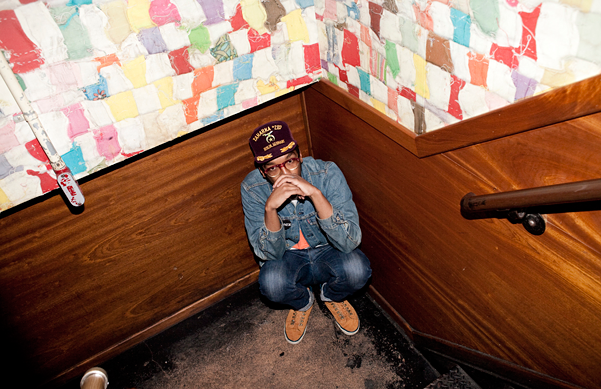 Memphis rapper Cities Aviv is an ex-hardcore kid — he commented on our photog's Infest shirt — and he brought that raw energy to his CMJ performance Friday, October 21, 2011 at Pianos. 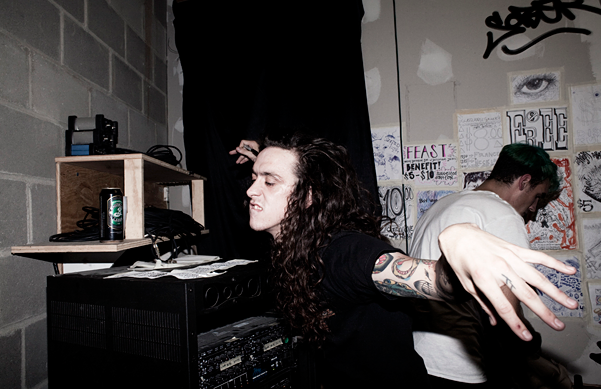 Hardcore revisionists Trash Talk wreaked havoc on CMJ: Their Glasslands show featured rafters-climbing and audience members choked by microphone cords. Says our photog: "If you've seen Trash Talk, you know that you might walk away with a broken nose." 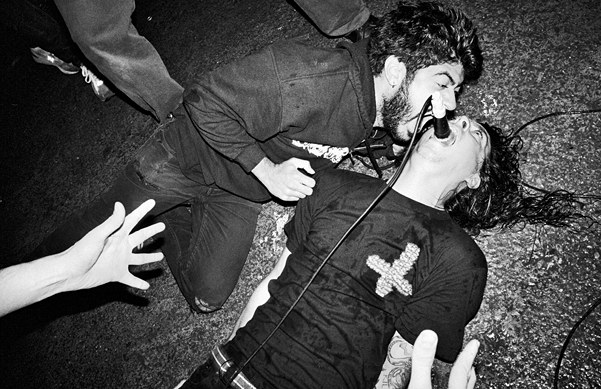 11.The Crowd at Le Bain/Twin Shadow 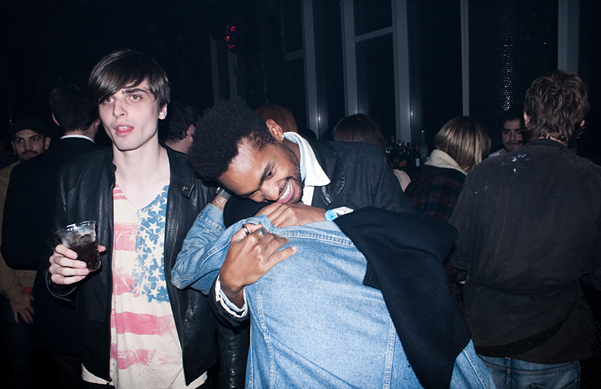 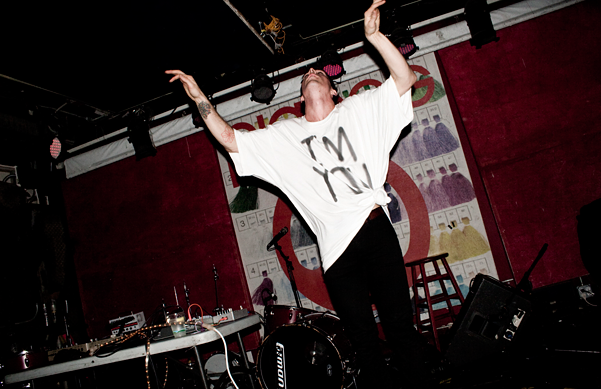 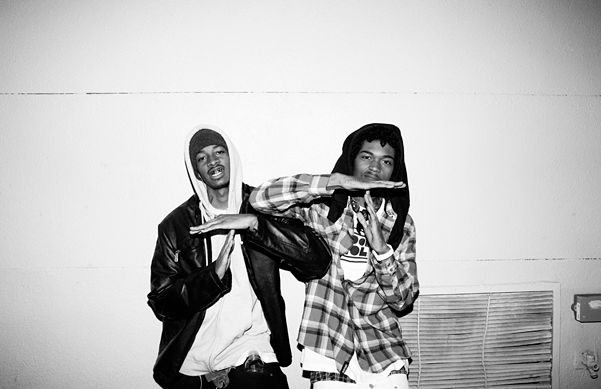 Despite the poor sightlines, Main Attrakionz kept a packed crowd enthused during their Cake Shop appearance on Thursday, October 20, 2011 at Cake Shop. 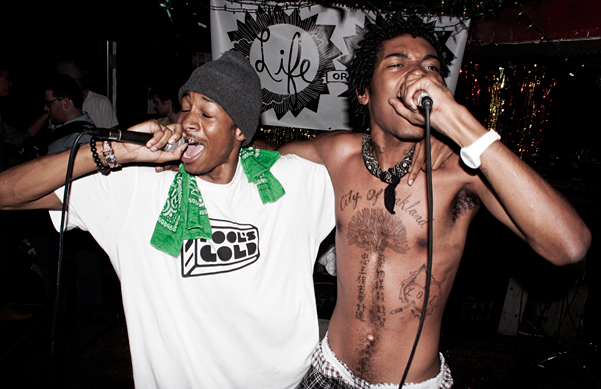 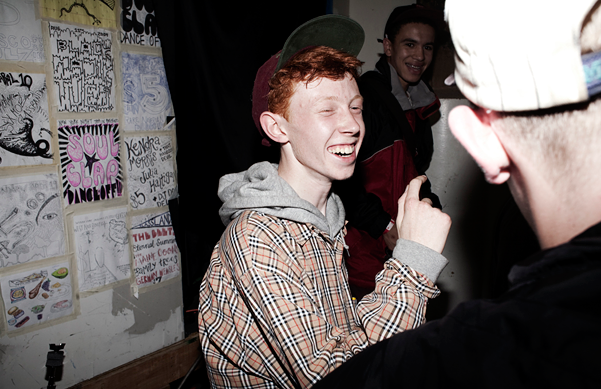 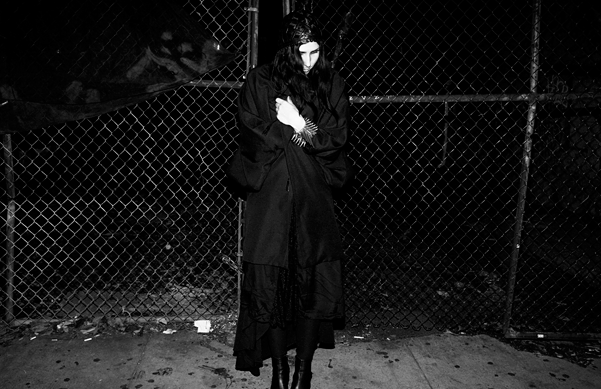 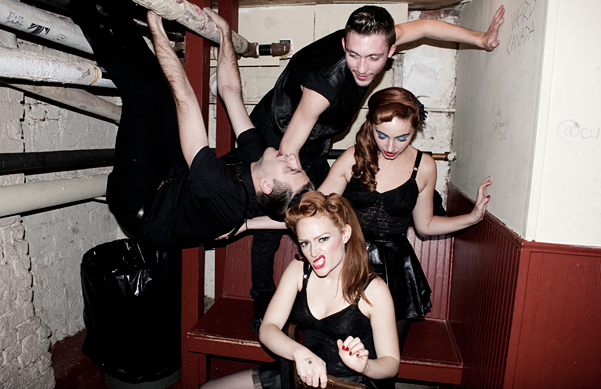 Photographed Friday, October 21, 2011 in the basement of Mercury Lounge. 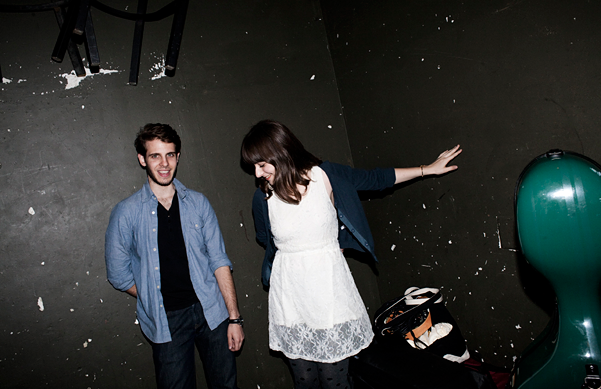 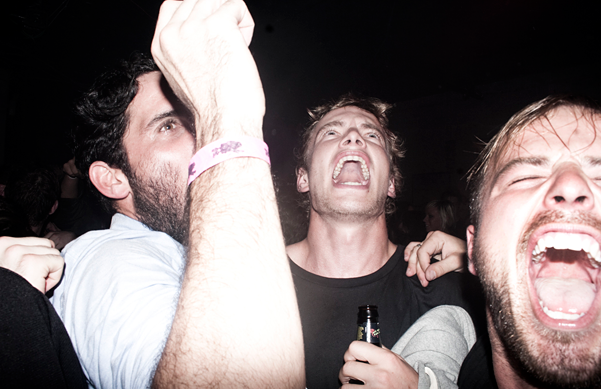 Full report on the show here! 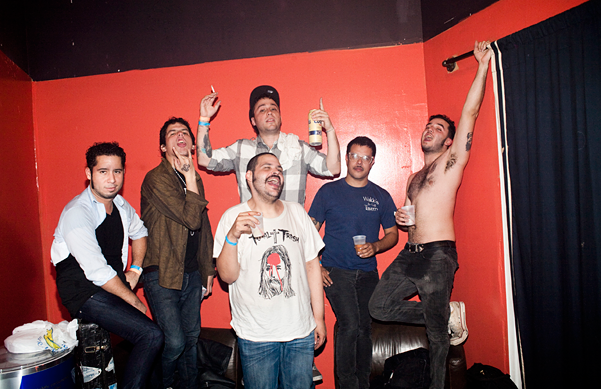 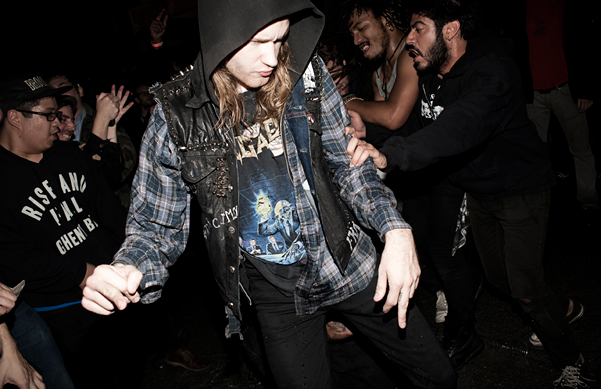 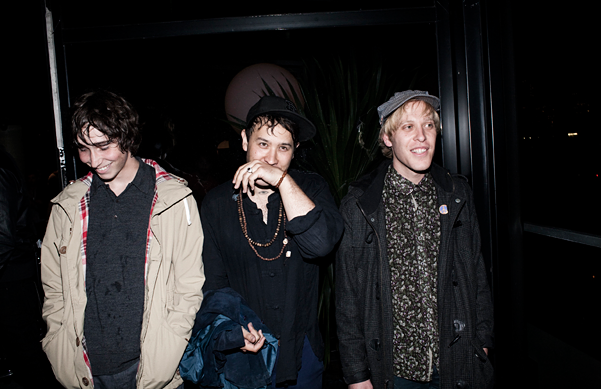 Photographed Thursday, October 20, 2011 on the roof of the Thompson Hotel. 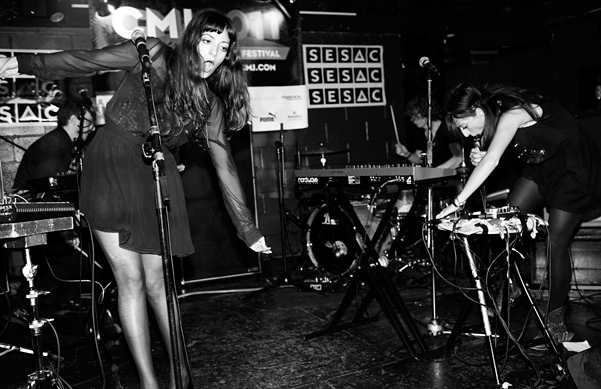 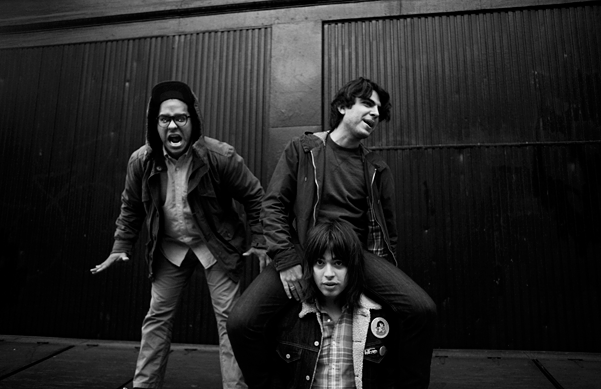 Jacuzzi Boys were animated and wild. Says our photog, who shot them Friday night outside East Village Radio, "They're dudes you'd want to hang out and have beers with." 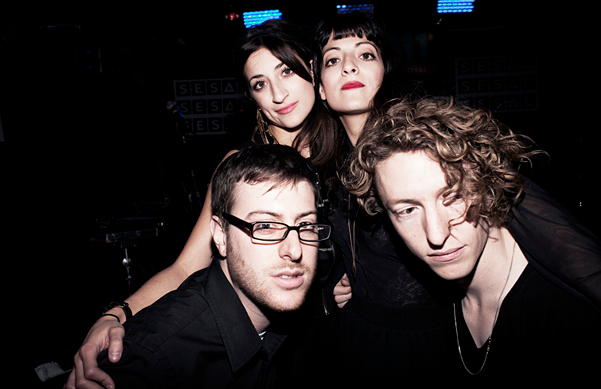 Photographed Wednesday, October 19, 2011 in the basement of Santos Party House. 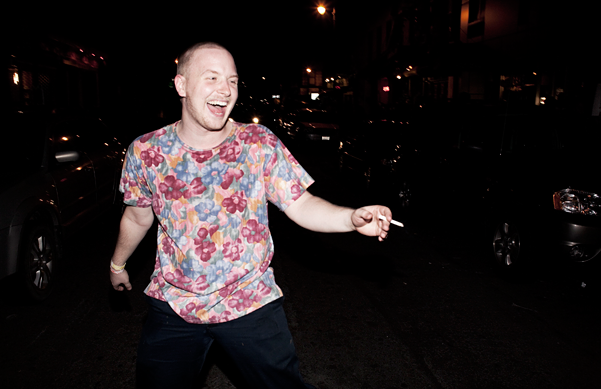 Pittsburgh bedroom-popster Wise Blood was in some kind of funk at the Cake Shop Thursday night, complaining about his life and knocking over drinks at the bar. 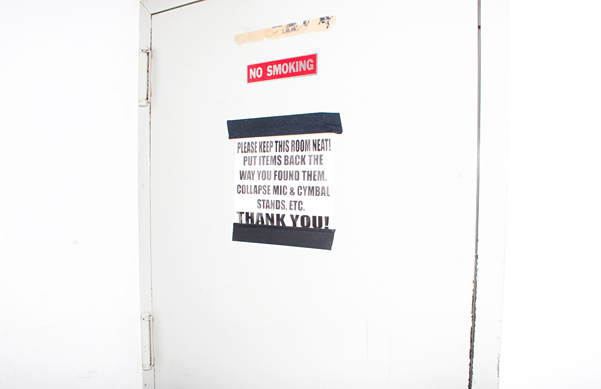