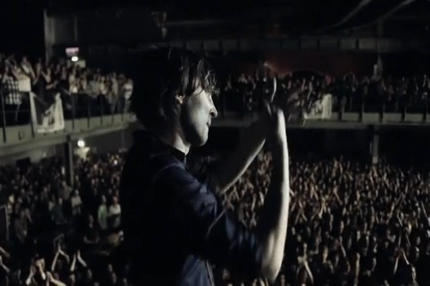 This week, Phoenix will premiere Mess to the Masses, an Antoine Wagner-directed documentary that follows the French indie rock crew on tour supporting 2009’s crossover splash, Wolfgang Amadeus Phoenix. Wagner (whose credits include the video for album single “Lisztomania”) teamed up with Francisco Soriano to gather footage both on- and backstage. While there’s no U.S. release date set, the film will air in France and Germany on Arte TV at 10 p.m. CET Thursday evening. Watch the trailer (via TwentyFourBit) below. There’s a large balloon and all sorts of clapping.