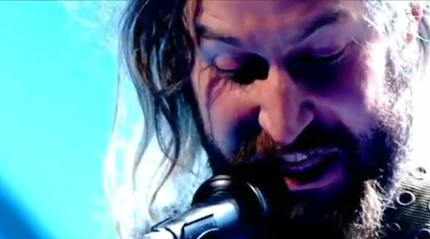 The BBC’s acclaimed chat show Later… With Jools Holland was packed with first-class American music last night. Fresh off a gig on The Late Show With David Letterman, Atlanta metal overlords Mastodon performed the bleakly pummeling “Black Tongue” from new non-concept album The Hunter, even cracking a smile or two at their own ferocious riffage. Canadian songstress extraordinaire Feist also appeared, backing singers and horn players in tow, to do “The Bad in Each Other” and “How Come You Never Go There,” both from the just-released Metals — an album you can learn much more about in ourexcellent recent feature. And Wisconsin falsetto-wielders Bon Iver were also on hand for a smooth-jazzy take on “Towers” from this year’s self-titled album by Justin Vernon and Co. Check them all out below, and wonder what this diverse trio of artists talked about in the green room.