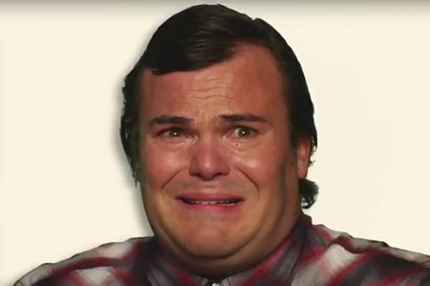 Weezer, Beck, and Foo Fighters aren’t Jack Black’s only rocker buddies to cast him in their music videos: He also landed a LOL-worthy role in the just-released video for Stephen Malkmus and the Jicks’ “Senator,” playing a coke-sniffing, crooked, cowboy politician with an insatiable urge to zap both his genitals and girls’ asses with a cattle prod.

In the video for the Mirror Traffic single, directed by Bob’s Burgers writer Scott Jacobson and also featuring Office Space’s Gary Cole, Black is running for office, holding babies, and convincing America of his moral superiority — but it all blows (zing!) up in his face. “Jack Black showed up and put in a 12-hour day that encompassed everything from genital-shocking to a real (unplanned) dog bite to full-on nudity. I am a fan for life,” Jacobson tells SPIN. “And Malkmus was gracious and helpful and insanely cool. As a Pavement and Jicks fan from way back, I felt completely fulfilled.”