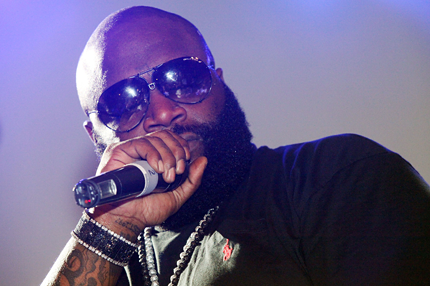 TMZ reports that Rick Ross fell unconscious on a flight from his native Florida to Memphis, requiring the plane to make an emergency landing. A doctor on board reportedly rushed in to resuscitate the rapper and once the plane was back on the ground he was transported to a hospital. Soon after, frequent collaborator Wale tweeted, “I just talked to Ross…he’s 100 pct ok… #dontpanic.” Minutes later Ross, or whoever manages his Twitter, was tweeting as usual at RapRadar editor Elliott Wilson.

Ross is in the final promotional throes for his upcoming fifth album God Forgives, I Don’t, due on December 13. We hope Ricky gets well soon because we can’t Kreayshawn have the final word on the stupidest beef in history.