Is Radiohead’s ‘Paranoid Android’ the Best Song in 15 Years?

British music magazine NME says so. Here's where it ranked on SPIN's singles lists, and our top songs from every year since 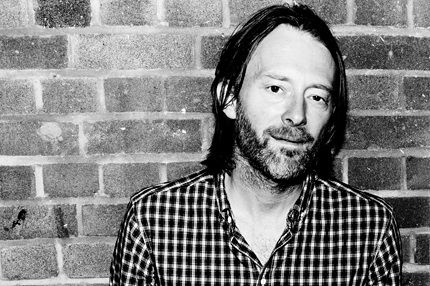 Sorry, OutKast. Radiohead’s “Paranoid Android” is the best song of the last 15 years, according to British music magazine NME. Capturing a certain pre-millennial dystopian unease, alternative rock’s “Bohemian Rhapsody” — OK, at least its “Happiness Is a Warm Gun” — was the first song released from the British rockers’ landmark 1997 album OK Computer, and it’s definitely a tough one to top. But the best since the American release of the Tamagotchi? Since Elton John’s sappy piano-man tribute to Princess Diana? Really?

Then again, it’s not like we haven’t lavished praise on Radiohead or OK Computer. In fact, the recent New York City visitors were SPIN’s 1997 “Band of the Year.” They had our Number Two album of that year, as well, trailing only Cornershop’s still too often overlooked When I Was Born for the 7th Time. And OK Computer placed at Number Five on our recent “125 Best Albums of the Past 25 Years” list… making it, well, our choice for the best album of the past 15 years, for sure. But singles honors? Nada. Zilch.

Just for fun, then — and to compare — here are SPIN’s official choices for the Number One singles of the year since “Paranoid Android”:

2000: Eminem, “The Real Slim Shady”
“In a world without fake Slim Shadys, they would have to be invented — except that no one else can do exactly what he does,” we wrote. “So the living doll handles the invention himself, Marshalling all his voices into an army of me me me. My name is… legion. Say my name. Switch me chairs. Tickle me Elmo.”

2001: Missy Elliott, “Get Ur Freak On”
“As the get-sprung song of the spring spiraled into the summer and on and on until it showed up as the tag to Bubba Sparxxx’ ‘Ugly,’ this was the gift that kept on giving, from the freak who keeps on freaking,” we wrote. “Nelly Furtado vocal remix: even freakier.”

2002: Eminem, “Cleanin’ Out My Closet”
“The wigga you hate to love crafts the heart-grabbing hook of the year,” we wrote. (Hey, remember when people said “wigga”?)

2003: 50 Cent, “In Da Club”
We wrote: “Since we’re all gonna get shot or suicide-bombed anyway, let’s throw a frickin’ birthday party! With pole dancing, Ecstasy, and Kevlar! Fiddy should pray five times a day to the West (a.k.a. Dr. Dre) for blessing him with a beat so irresistibly sultry.”

2004: Green Day, “American Idiot”
“Three basket-case Ramones fans jerk off and hock loogies at their lonely mugs in the mirror, then grow up and realize the rest of the world is an even bigger mess,” we wrote. “Like, fuck, let’s blow up rock’n’roll high school. For peace!” The line about “fat cat America” rings especially true lately.

2006: Gnarls Barkley, “Crazy
“The seemingly dead dream of an alternative music in which rock, hip-hop, funk, R&B, electronic, et al., speak a fresh Esperanto is given a liberating new pulse,” we wrote.

2007: Kanye West, “Stronger
“A kitschy French electro dig at the capitalist work ethic gets amped up masterfully by hip-hop’s prissy golden child (with an extra boost from Timbaland), until it becomes a tribute to Kanye’s ticking-time-bomg manhood,” we wrote.

2008: M.I.A., “Paper Planes
“Purring over a slinky sample of the Clash’s ‘Straight to Hell,’ portraying third-world capitalism as a blunted Crip walk across the international date line, M.I.A. finally busts up the hip-hop locker room, snapping towels,” we wrote.

2009: Yeah Yeah Yeahs, “Zero”
“With her gift for sod-off squawking and tear-streaked realness, Karen O was born to lead the frisky rock revolt that the aughts never earned,” we wrote. “So here, with a regal hip check, she strides off by her lonesome, resplendent synth riff all aquiver, cooing, ‘Get your leather on,’ as we gambol on the grave of 2009’s tragic, orgiastic flimflam.”

2010: Cee Lo Green, “Fuck You
“We’re broke, we’re pissed, and we wanna curse out anybody who acts like they’ve got the slightest inkling; or, we could just cue up this hilariously ebullient, timelessly soulful middle-finger salute, and go about our fucking business,” we wrote. “Thanks, Preacher Green, you win.”