Internet: this one's for you 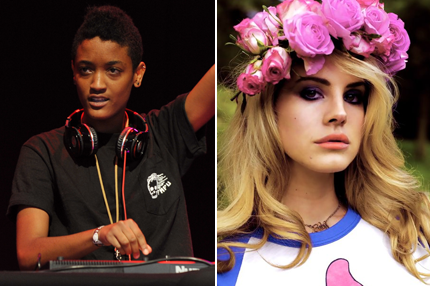 In which the musicnerdisphere catches fire, weeps, and then collapses into puddle of its own hot urine — or something like that. Have a listen to Odd Future producer Syd Tha Kid’s (credited here under her aptly named side project the Internet) remix of “Blue Jeans,” the second single from Brooklyn singer-songwriter Lana Del Rey. Perhaps you’ve heard of her: In just three months, Del Rey’s “Video Games” (and its viral, roughly hewn visual) has vaulted her from total unknown to indie rock curio to conversation starter to Damon Albarn collaborator to Q Award Winner. It’s an ascent comparable to the meteoric rise of the equally web-friendly Odd Future crew. Hence all the pee and perfect storm hyperbole. Check it out: