Band admits to being 'busy writing and recording' 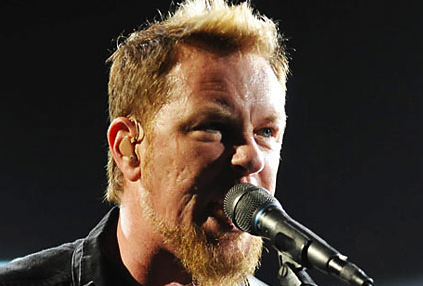 “We’ve been busy writing and recording,” Trujillo says. “We’ve got a couple of new songs we have been working on the past couple of weeks. The writing process for the new Metallica album has begun. We’ve been in the studio with Rick Rubin, working on a couple of things, and we’re going to be recording during the most of next year. We’ve got a lot of work ahead of us.”

Depending on who you believe, Metallica’s joint effort with the former Velvet Underground frontman could represent an unintended consequence of media democratization, the latest experimental indulgence from a band perpetually at war with itself, or an unlistenable dartboard for music criticism. Regardless, its distended riffs and vinegary poetry appear unlikely to resurface on another Metallica album. “For me, personally, Death Magnetic was the launch pad for the next record,” Trujillo says. “This is the beginning of something very, very cool.”

In the meantime, you can stream Lulu here. Loutallica kick off a string of European TV appearances on November 8 with a performance on the BBC’s Later… With Jools Holland.