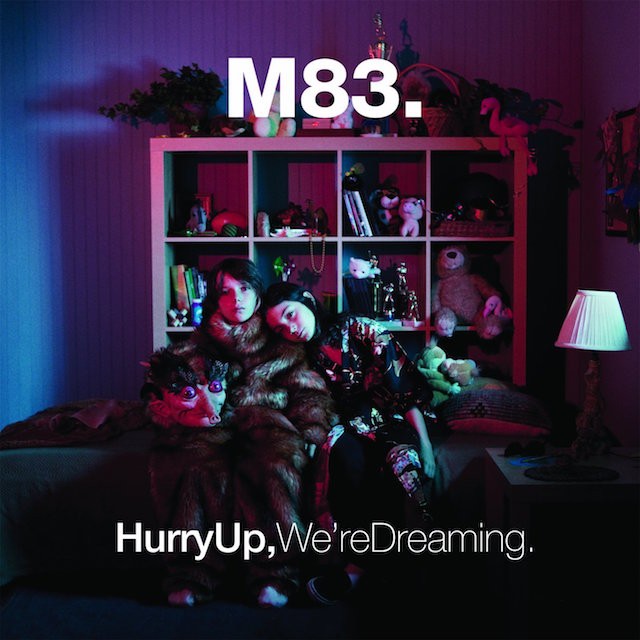 The most portentously titled song on M83’s gorgeously monolithic sixth album is “My Tears Are Becoming a Sea.” Wisps of organ drift by, billowing gently around Anthony Gonzalez’s guileless vocals — until massive keyboard stabs and crashing percussion blast in and transform the reverie into thrilling apocalyptic rapture. Compare that to the humbly named “OK Pal,” in which a playful melody bops along blissfully — before megaton synths send everything rocketing skyward. For Gonzalez, heaven is only a crescendo away.

That pervasive dedication to heart-swelling drama is M83’s gift: No one is better, or more single-minded, when it comes to evoking dream-pop awe. Over the course of two discs, 22 songs, and 72 minutes, Gonzalez sings mostly about memories (occasionally unintelligibly), but refuses to accept that some dramatic gifts don’t necessarily have to be exhausting.

Still, the album is full of goose-bump moments: Zola Jesus’ majestic vocal cameo on “Intro“; the radiant keyboard riff and blooming melody of “Steve McQueen“; and the glistening white noise of “Echoes of Mine,” which is even more splendid than the song called “Splendor.” For all that soaring intensity, the lack of something as enjoyably plain (and relatively calm) as “Kim & Jessie,” from 2008’s Saturdays =Youth, makes Gonzalez’s insistence on oversize emotions feel a tad restrictive. The little ones matter, too.