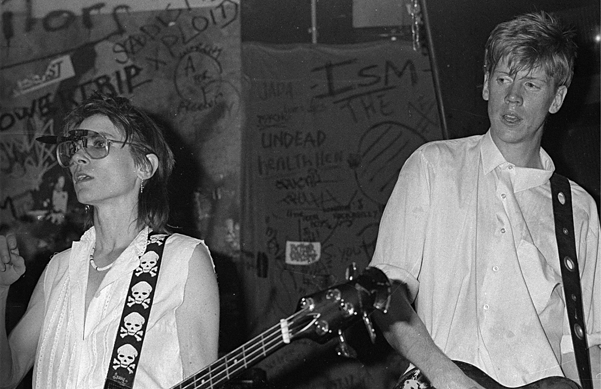 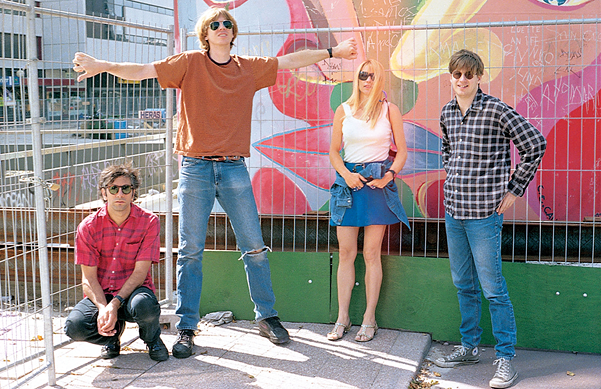 A band shot by Dave Markey around the time 1991: The Year Punk Broke arrived. 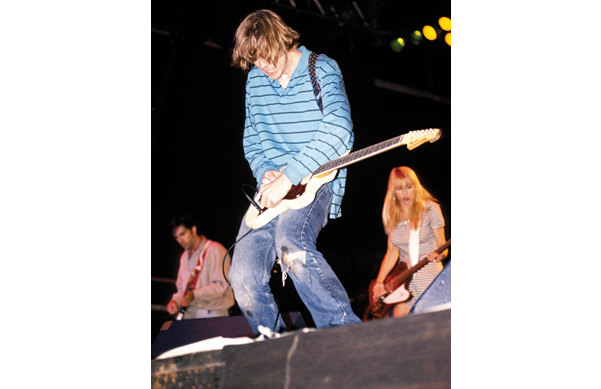 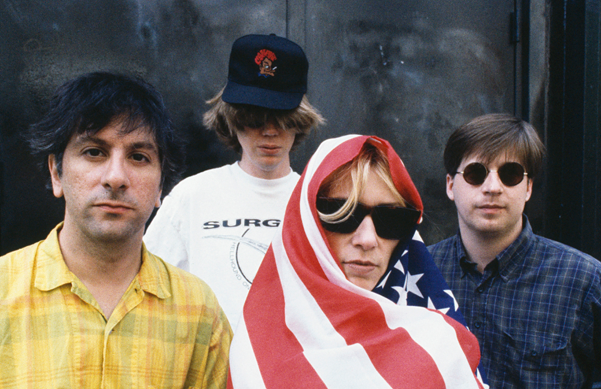 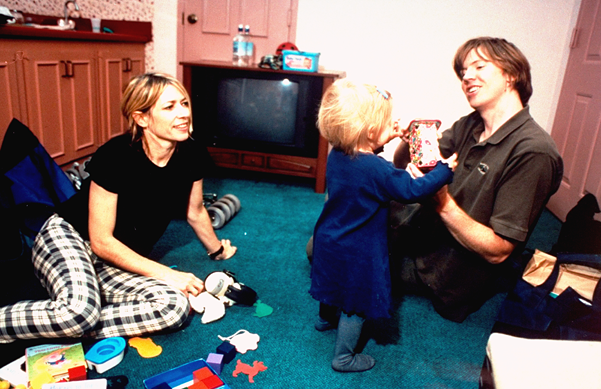 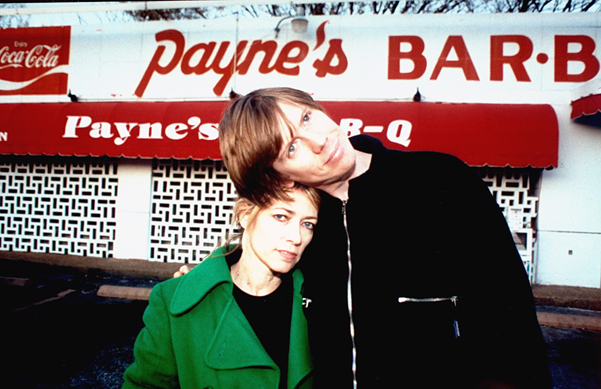 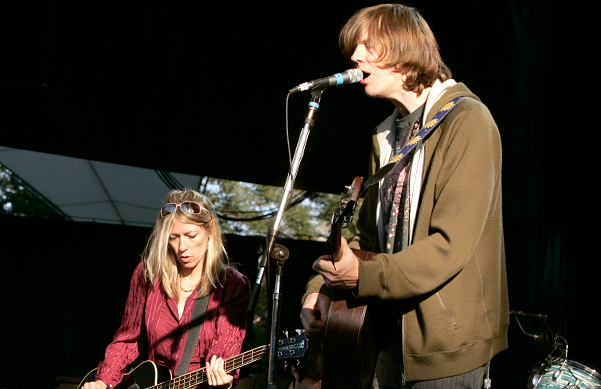 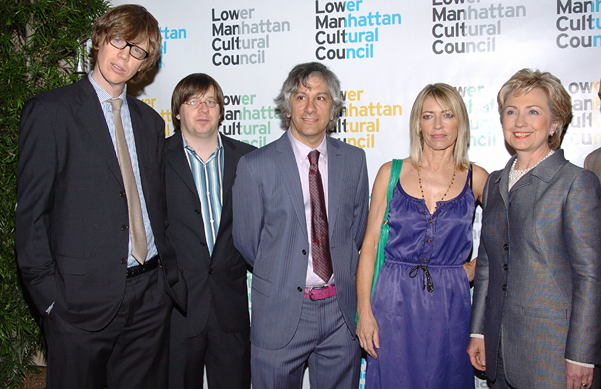 Sonic Youth and Hillary Clinton at a New York benefit not far from the downtown studios where they recorded their 2002 LP. 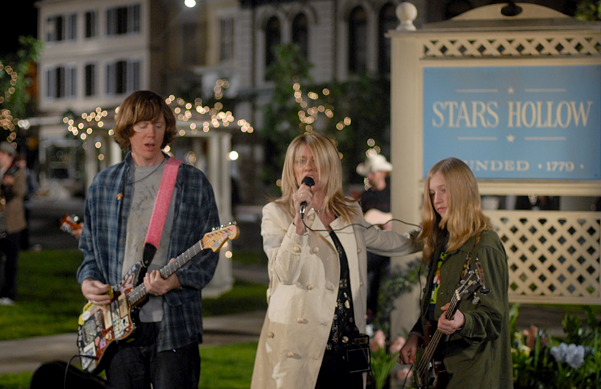 Sonic Youth on the set of Gilmore Girls in 2006. 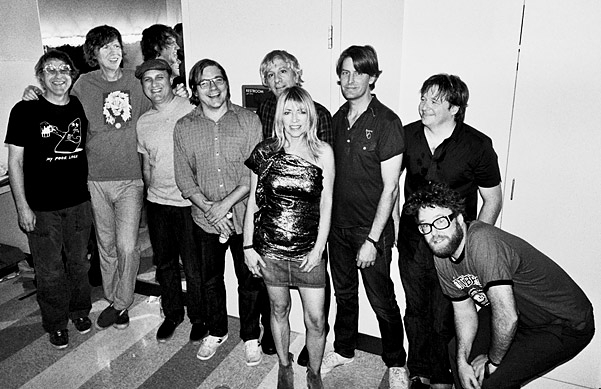