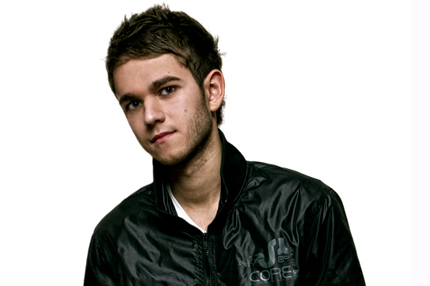 German electro-house producer Zedd has released his new single on Sonny “Skrillex” Moore’s OWSLA label. “Shave It,” which you can hear below, is available via Beatport.

Like Skrillex’s own productions, Zedd’s new one is a galvanizing, dubstep-inflected attack that dispenses with the chin-stroking and gets straight to the body-moving mayhem. “Shave It” builds to peak after massive peak, with squiggly acid-tinged synths, a stomping beat, and a melodic instrumental refrain.

This definitely isn’t music to listen to while holding a razor — or any other sharp object. Then again, one particularly devoted Zedd fan has taken the track’s title somewhat literally, shaving the artist’s logo into his hair.