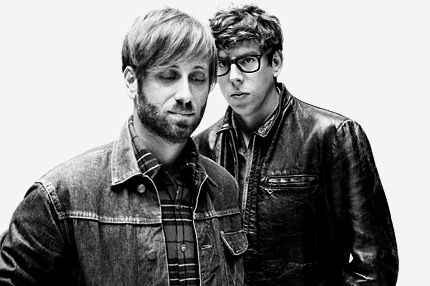 On December 6, the Black Keys will release El Camino, their Danger Mouse-produced follow-up to last year’s breakthrough Brothers. (Remember, it was literally deemed a Breakthrough by MTV, who mistook the band for the Black Eyed Peas due to a hilarious “clerical error.”) Right now, you can hear first single “Lonely Boy,” which was released digitally today and is set to drop as the A-side on a limited edition 12″ with fellow El Camino cut “Run Right Back” on November 25 as part of Record Store Day’s Black Friday series. It’s streaming via a YouTube the Ohio blues-rock duo shared early this morning that’s accompanied by footage of a man dancing at what appears to be a motel. Fit with vine-swinging, ’60s surf leads and a mammoth chorus, this is the sound of the Black Keys really going for it. You will be prompted to wiggle as well.

See Also:
• The Story Behind El Camino
• The Black Keys Want to Sell You a Van (and a New LP)
• Black Keys Not Yet Done Insulting Black Eyed Peas