Shirley Manson and Co. take on 'Who's Gonna Ride Your Wild Horses' for 'Achtung Baby' tribute 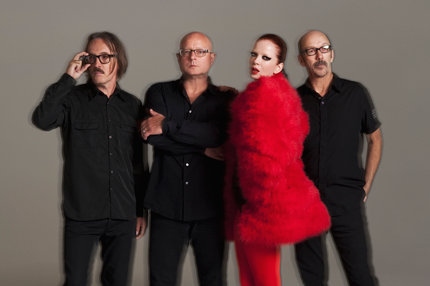 When Garbage made their multiplatinum debut, U2’s 1991 album Achtung Baby was only four years old. On October 31, Achtung is getting the reissue treatment, and Garbage are prepping their long-awaited fifth album for a spring 2012 release. Now the two have collided in the form of the first new recording from the Shirley Manson-led rockers since “Tell Me Where It Hurts” from their 2007 Absolute Garbage compilation: a moody cover of U2’s Achtung cut “Who’s Gonna Ride Your Wild Horses” (via Consequence of Sound).

The sound quality available so far isn’t the greatest, let’s admit it, but Garbage’s “Who’s Gonna Ride Your Wild Horses” adds a gothy electro sheen to the brooding original, with Manson’s voice breathlessly suggesting the lust that lurks beneath the heartache. As for the band’s first album since 2005’s Bleed Like Me, there’s no title yet, but it’s almost done. “We have seven songs mixed and maybe five to go,” drummer Butch Vig told SPIN. “Hopefully the record’s gonna drop in late March or early April.”