And now, a word from our guest editor 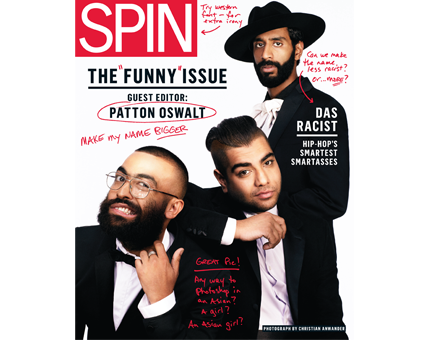 There has never been a better time for comedy — for the general feeling of funny — in America than right now. And a big reason for that is how deadly serious everything is.

The environment is merrily trying to scrape us off the crust of the planet. Our financial institutions are corrupt, malicious, and in the hands of sociopaths. Our system of government has sputtered to a halt and is grinding metal while the infrastructure rots away. Religion has mutated from quiet faith to mob hysteria. And our attention spans make gnats look like scholars.

If you want any say in running things, in being prominent, in being taken seriously, then you’d better make fun of yourself. The next president not only will have to have the best economic plan, but he’ll also need to be the funniest in sketches and YouTube videos. No one will respect you until you willingly take yourself down a few dozen pegs. The public no longer wants to be bothered with pulling the exalted from their pedestals — they’d better do a belly flop, of their own volition, preferably into a wading pool of pudding. And then wrestle a porn star.

It’s come to this, then: SPIN’s first “funny” issue. We’re not even pretending to cover everything that’s current, valid, and popular in comedy and satire. This is a highly personal snapshot of American in November of 2011, as seen through me, your temporary editor. This is Stuff I Like Right Now. If you don’t like it, meet me on the last page of this issue. I’ll explain.

Until then, take my hand and experience a few of the things that make me laugh. Seriously.

We have no choice