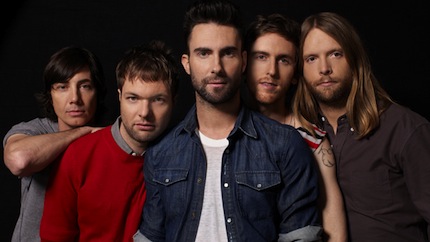 Conservative cultural commentators aren’t the best judges of pop music, though we will give Sarah Palin a dollop of respect for making the bold (though ultimately incorrect) assertion that hip-hop fell off after 1979 and Tim Pawlenty his due for rightfully recognizing the best moment in Lady Gaga’s HBO special.

Now the suits at Fox News have gotten into the business of critiquing Maroon 5 songs — after frontman Adam Levine attacked the network on Twitter for using his music. “Dear Fox News, don’t play our music on your evil fucking channel ever again. Thank you,” Levine tweeted on Wednesday. Fox host Greg Gutfeld responded, “Dear Adam, that’s not music” (a mild har-har), and cohort Andy Levy put on his critic hat and wrote back, “Dear @AdamLevine, don’t make crappy fucking music ever again. Thank you.”

Levy must have been referring to the improbable smash “Moves Like Jagger,” which has dominated Billboard’s singles charts despite being really awful. It’s currently No. 2 on the Hot 100… and it’s been on the chart for 17 weeks. Everyone — Fox News dudes included — would be better off listening to the (not so) new Rolling Stones song the band unearthed for their Some Girls reissue today.