End Transmission: Are These the Final Days of College Radio?

The first annual National College Radio Day passed by earlier this week. But student-run radio stations have little to celebrate 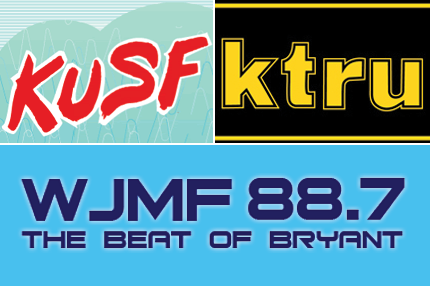 National College Radio Day came and went earlier this week, a new, non-Hallmark holiday to honor students’ “unique and fearless programming” on the left of the dial. Despite the involvement of Coldplay and more than 350 student-run stations, you might not have noticed. College radio has always been a home for diverse sounds, ideas, and ways of awkwardly transitioning between songs when the CD starts skipping, but as Gawker points out, the format has recently fallen on hard times.

From coast to coast, universities have been shuttering their student-run stations, as financial woes, the shifting media climate, and other factors push administrations to find another use for their highly valuable FM licenses. Rice University sold its KTRU-FM for $9.5 million in May, while Vanderbilt University and the University of San Francisco each have $3-4 million deals of their own in the works, according to USA Today. Soon, those schools’ stations could go the way of the student-run frequencies at Texas Tech University, Augustana College, and Chattanooga State Technical Community College, among others.

Unless something happens, more college radio stations will be signing off for the last time in the months and years ahead, supporters of diversity on the airwaves say. Tracy Rosenberg, executive director at the Oakland, California-based media resource and advocacy center Media Alliance, says universities will “absolutely” keep selling off their licenses, given their budget constraints. “I think many would try to sell anything that isn’t nailed down,” she writes in an e-mail.

A whole lot could depend on what federal regulators decide to do about the University of San Francisco’s student-run radio station, KUSF. “The future of college radio hinges on how the FCC handles the KUSF station,” e-mailsformer KUSF DJ/producer Josh Wilson, co-founder of Independent Arts & Media, nonprofit fiscal sponsor of Friends of KUSF. “If the FCC stops the sale, my understanding is that this will mean a lot of re-evaluation by colleges and universities that previously had planned to sell.”

Another flash point in the battle over college radio turns out to be Providence, Rhode Island. As Radio Survivor reports, Bryant University student station WJMF revealed this summer it would be going off the FM airwaves so a Boston public radio station could use the frequency to simulcast its WGBH all-classical station. At Brown University, where student radio dates back to the 1930s, Brown Student and Community Radio will go online-only after losing its lease on WELH 88.1 FM.

Sure, students have plenty of ways to access new music and audio these days, from online music stores and subscription services to streaming providers like Pandora and Spotify. But FM radio provides a more public forum, where people can make the accidental discoveries so essential to alternative music and culture. Factor in the power and reach of many college radio stations, as well as the widening “digital divide” between people with online access and the many without, and the importance of college-radio stations becomes only more apparent.

Supporters of student-run radio stations aren’t entirely powerless. Anyone interested can use this link to write to FCC chair Julius Genachowksi. People can support their existing college radio station, if they have one, and let the administration know they value their local educational noncommercial station. Advocates can also set up “friends of” nonprofit stations, like Friends of KUSF in San Francisco, to support and fight for the college radio stations in their towns.

“I think there is a ton of hope on the horizon,” says Hannah Sassaman, a senior field analyst with the New America Foundation think tank and a former longtime organizer with the Prometheus Radio Project, a major force behind last December’s Local Community Radio Act. “The hope really comes from the passionate population of DJs, of community members, and the listeners. You’d be surprised how many college radio stations have passionate listeners who plug into their online streams from half a world away.”

Rice University lecturer and film program manager Tish Stringer makes another point in a protest letter sent to the FCC. “I learned how to make media not in university courses, but rather at these media centers where a student could become involved in not just talking about media, but the process of making it themselves,” Stringer writes. “Working in those places literally changed my life.”Check out the entire letter on the next page.

I am writing in protest of the proposed license transfer of 50,000 watt Houston radio station KTRU 91.7 FM (and its 91.5 FM translator) from Rice University to the University of Houston System (UHS).(File Nos. BALED-20101029ACX and BALFT-20101029ACY).This proposal is very definitely not in the public interest.I am a Rice University Staff member. I work as the Film and Video Technician at the Rice Media Center.It is my job to train students to use equipment to make films and to project films at Rice Cinema. When I was an undergraduate at the University of Minnesota, I was as a volunteer DJ on our college radio station, 770 AM Radio K and was a paid employee of the university’s video department working at the television station and in the field shooting and producing videos.I went on to earn a Ph.D. in Anthropology at Rice with a focus on mediastudies and ethnographic film.I make films myself and am passionate about teaching others how to make media.I learned how to make media not in university courses, but rather at these media centers where a student could become involved in not just talking about media, but the process of making it themselves.Working in those places literally changed my life.

U of H already has a NPR radio station on campus and it is extraordinarily difficult for students to become involved at that station as glorified gophers, let alone actually being on the air and managing a program.As a national affiliate (NPR) station, there is less room at University of Houston’s current station for local programming than there is at a student run, all locally produced content station such as Rice’s.I have no reason to believe the proposed new NPR station would be any different.Moving the station from Rice to U of H would drastically reduce student and community access to the airwaves of Houston and would not give them the chance to learn to use technology to express themselves, participation in themedia or media literacy skills that come from those opportunities.

The deal to sell Rice’s student run radio station to U of H was done behind closed doors without consultation of the very people who put that station on the air and keep it running day after day.The tower and transmitter where this station broadcasts from and an endowment for the ongoing maintenance of them was given as a gift to the students that operate KTRU, and should not have been sold by the Rice administration without the consolation of the KTRU student and alumni workers.

KTRU is truly a unique gem and an important part of the local community, and it would be to Houston’s great detriment to lose this locally programmed, student run asset.The public interest would be best served by KTRU’s continued existence on Houston’s FM dial.Ihumbly request that you stop the proposed license transfer.Thank you for your consideration.