How the Archers of Loaf frontman crafted an album for his current band on a boozy trip to Taiwan. 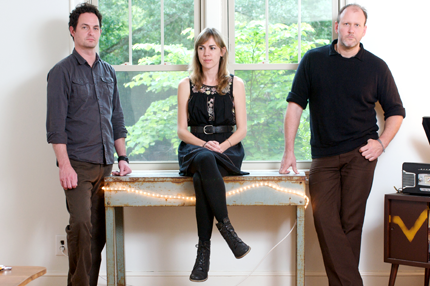 Crooked Fingers has been Eric Bachmann’s primary band for the past decade, but before that, he fronted Archers of Loaf, the seminal college rock act that sprung from Chapel Hill, North Carolina’s vaunted ’90s indie rock scene. And while Bachmann made news this year by reuniting Archers in January, then taking them out on the road at festivals like Sasquatch, he was holding an ace the whole time: Breaks in the Armor, a new, superb Crooked Fingers album. It hits stores Oct. 11, but you can stream it now, in its entirety, below.

While the Archers reunion certainly got Bachmann out and about in 2011, it had no impact on the recording of Breaks in the Armor, which was wrapped prior to the band’s comeback shows. Instead, his songwriting came to bear during a trip to Taiwan in 2009, which the admittedly burned out musician hoped would serve as a break from music. He left all of his musical equipment behind, but the experience abroad soon drove him back to the guitar.

“I floundered drunk for a month or so in Taipei with an expat-American friend of mine until I got a bit stressed about money and somehow landed an English teaching job,” Bachmann tells SPIN. “The job was in the south of the island, Ping Tung, and about two weeks into that I broke down and bought a cheap guitar.I was horrible at teaching — it was a job teaching children — and every day after work I would ride my scooter around for a bit, grab some food, then head to my tiny apartment to sit down and work on songs.”

What emerged from Taiwan (and was later recorded in Athens, Georgia) was an 11-song set we dubbed a “gorgeous, toothy record from indie rock’s most refreshingly unpretentious auteur” in our review of Breaks in the Armor. One song is particularly notable, “The Counterfeiter,” in which “Eric Bachmann’s songwriting elevates to a startling new level of sophistication.”