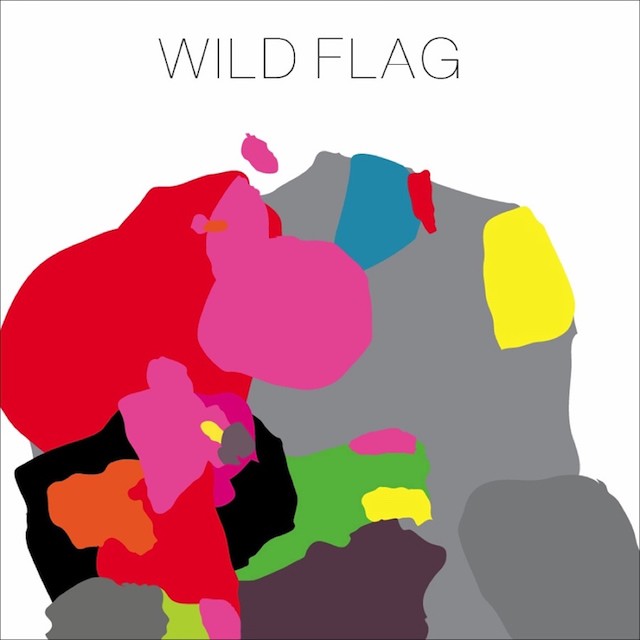 Has there really never been an all-female, indie-rock all-star band before Wild Flag? They’re late, it’s true, but also right on time. They arrive just as everyone is working out some major romantic nostalgia for those Clintonian grunge ’90s, which initially greeted singer-guitarists Carrie Brownstein and Mary Timony as post-teen riot grrrls destroying the underground with their first bands (Excuse 17 and Autoclave, respectively), back when women were still trying to prove they belonged up onstage at all. But now, thanks in large part to the absence of their biggest bands (Sleater-Kinney for Brownstein and Helium for Timony), the stage feels empty without them.

The self-titled debut of Wild Flag — which includes Sleater-Kinney drummer Janet Weiss and keyboardist Rebecca Cole (ex of Elephant 6 band the Minders) — aims to make all that history irrelevant. Yes, even for those of you who fell into a summer-long, depressive K-hole in the wake of Sleater-Kinney’s 2006 split, prepare to fall in love again. And if you never loved that band in the first place (yes, we exist), appreciating Brownstein’s voice, but not in tandem with Corin Tucker’s bleat, prepare to fall in love for the first time. Given the history here, it’d be reasonable to expect a “mature” rock record from this quartet, or at least a few of the bittersweet lamentations mandatory for all ex-punks pushing 40 (call it “Wilco syndrome”). Instead, Wild Flag offers odes to volume and youth (“Romance,” “Future Crimes“), suggesting the barely contained frenzy of teenagers. It’s all the fury you want, but executed with the capability and confidence of lifers.

Timony is the real revelation here. She’s always boasted a distinctive sound and style — heavy fuzz undercut by sighs of unexpected melody — but her post-Helium solo career gradually revealed more and more of her inner shredder, which fuels Wild Flag’s dynamic chemistry. Brownstein’s style is all punk basement burner — single-note runs and urgent, shunted rhythm — freeing Timony to unapologetically riff. She blazes on, under, and through every song, trading overdriven leads with her new cohort. It’s a genuine twin-guitar magic best exemplified by the second half of “Glass Tambourine“: Cole’s burbling electric-piano lead quickly morphs as the two guitarists dive deep into a psychedelic bliss-out, distortion pedals dialed to ten, a-chooglin’ in the hot scuzz.

Wild Flag is also influenced by plenty of bands these women haven’t populated themselves. The way Brownstein’s blunt guitar lines and Timony’s winding leads play off and against each other, before synchronizing and exploding in the choruses of “Future Crimes” and “Short Version,” recalls the classic interplay of Fugazi, another indie all-star quartet with essential, distinctive components. Brownstein offers a wonderful echo of Patti Smith, her voice hiccupping and reckless and rising in rage as she howls, “If you a want a pretty picture / You better look away.” Timony sings with shades of Chrissie Hynde’s elegant restraint, though the album’s showier guitar work owes more to Pretenders guitarist?James Honeyman Scott.

Despite these bits of homage, Wild Flag’s success is all their own. They’re the band that you’ve been waiting for, but guess what? They’re even better than you expected. Brownstein, Timony, Weiss, and Cole honor an already staggering two-decade legacy by simply starting a new one.