Review: The Rapture, ‘In the Grace of Your Love’ 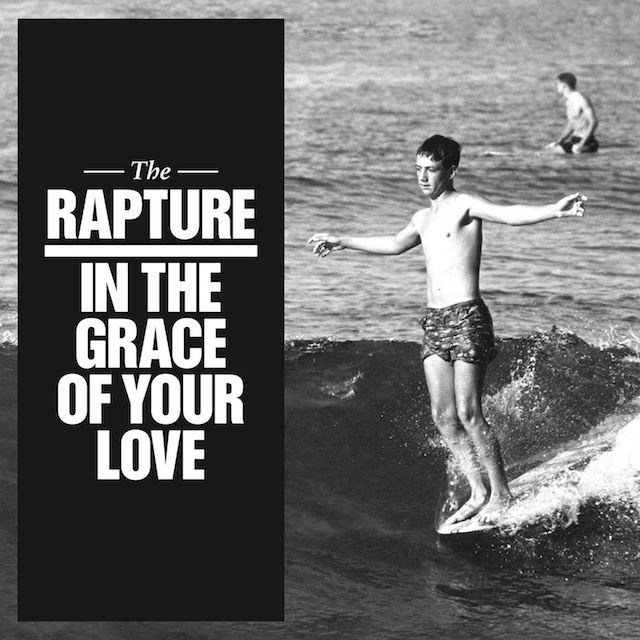 Don’t ever look back,” Rapture frontman Luke Jenner intones on “Sail Away,” the ecstatic opener to the band’s first album in five years. But how can you not? It’s been nearly a decade since their epochal single “House of Jealous Lovers” threw post-punks, fashionistas, and disco lovers alike onto the same dance floor, shining an international spotlight on both their label (DFA) and their producer (James Murphy). When 2003 full-length Echoes fizzled commercially, Franz Ferdinand and Murphy’s LCD Soundsystem seized those dance-punk blueprints with great success; meanwhile, the Rapture jumped to a major label, got a sleeker producer, suffered a subsequent backlash, lost bassist Mattie Safer, and were set adrift until they now find themselves…back on DFA?!

Redemption drives In the Grace of Your Love. For the bandoneon-laced banger “Come Back to Me,” Jenner announces his intention to “welcome you back into my heart.” The handclap stomp of “Miss You” explodes at just the right moment, while the house-music piano of “How Deep Is Your Love?” proves the boys’ club credentials remain intact. “Rollercoaster” has none of the thrills of its subject, but during the title track’s melancholic build, Jenner sings of the grace of your love where “no one can ever die.” Not exactly what you’d whisper to your dancing honey, but who better than the Rapture to reconvert true believers?