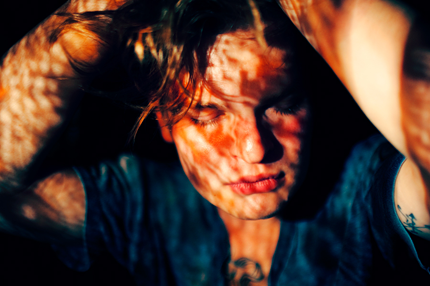 This week: Chris Taylor, multi-instrumentalist for Brooklyn indie heroes Grizzly Bear and the singer-songwriter behind CANT, his new project featuring collaborations with George Lewis Jr. of Twin Shadow. Taylor, 30, will release his debut album as CANT, Dreams Come True, on September 13 via his own Terrible Records imprint.

FAVORITE SONG:
“‘Ice Age’ by Joy Division. Their 1981 album Still, especiallythis song, got my heart racing the first time I heard it. It’s filled with a limitless, manic energy, like a drug you know will work perfect every time you take it. Like Advil!”

FAVORITE ALBUM:
“Voodoo by D’Angelo. It’s effortless and beautiful, and with production from J Dilla, Questlove, and DJ Premiere, it’s one of the absolute best-produced records of all time.”

FAVORITE NEW ARTIST:
“Kindness, the disco-funk project of Hackney, England’s Adam Bainbridge. He made an amazing album that’s not out yet, but I’ve already listened to it 15 times. Adam breathes an honest spirit into dance music. Not only can you dance to it, but you can listen to it after a rough breakup, too.”

FAVORITE RECORD STORE:
“Other Music in New York City. I’ve been visiting that store for 11 years, and many of the same people are still working there. Other Music stood up against the Tower Records location across the street, which ultimately folded a few years back. I couldn’t even begin to list the artists that I’ve discovered and fallen in love with thanks to recommendations from their employees. In 2000, I was told to check out Arthur Russell and Animal Collective. I couldn’t be more grateful.”

FAVORITE WAYS TO PASS TIME ON THE ROAD:
“Reading a book in a restaurant, by myself. The morning is the best time. It’s just the best way to spend a few hours relaxing away from the people always asking you for something. In a way you’re a patron of solitude. We need places like this — a space to let the mind wander without the interruption of a vibrating cell phone — in our lives in the age of Facebook.”

FAVORITE BOOK:
“Of Walking In Ice by filmmaker Werner Herzog. [Originally published in 1978, it’s a collection of Herzog’s diary entries written in late 1974, as he walked from Munich to Paris to visit an ill and dying friend he knew from the film industry]. I love everything he does. He’s one of the most intelligent people and his role in our world is so important. He shows us a way of looking at the world from a perfect state of awe and love.”

FAVORITE FOOD:
“Eggs. You can cook them differently every day for the rest of your life, and they will always be improved and rethought. I once spent a week poaching eggs every day so that I could have the perfect poached egg ready whenever I wanted one. The most important element is water temperature. Once the pot is boiling, drop your eggs in from a bowl. Vinegar helps the egg white congeal, and red wine vinegar is the most delicious. Now put that poached egg over a frisée salad, add sea salt and coarsely ground black pepper, and you have my favorite breakfast.”

FAVORITE DRUG:
“It sounds corny but yoga makes me feel better than any drug that I have ever taken. It really helps solve a lot of problems in my life. We do all kinds of things to leave our ‘lived’ life, such as drink booze or stare at naked babes online. But when I’m practicing yoga, I think of nothing else — it’s a total escape from everything.”

FAVORITE MANTRA:
“‘I’ve got the spirit.’ It’s a lyric from ‘Disorder,’ one of my favorite songs from one of my favorite bands, Joy Division. I decided on my birthday that I would tattoo that phrase on my arm — and I did. Tattoos are so amazingly addictive. They teach you to let pain pass through your body.I’ve found that the only way to endure a tattoo is to imagine the pain passing through you like a ghost, as opposed to rejecting it and stiffening up. It has been an important lesson for me in renouncing control.”

FAVORITE PICK-UP LINE:
“I was in Home Depot recently and saw a really hot girl. I thought of a corny pick-up line that I would never say, but I thought it was funny, so let’s not waste it: ‘If Home Depot made a calendar, you’d be miss August, because you are hotter than July.’ I’m not good at hitting on girls. But this line makes me laugh.”