Lady Gaga, Usher, and an acoustic duo of the U2's the Edge and Bono are set to perform at the October 15 concert in Los Angeles. 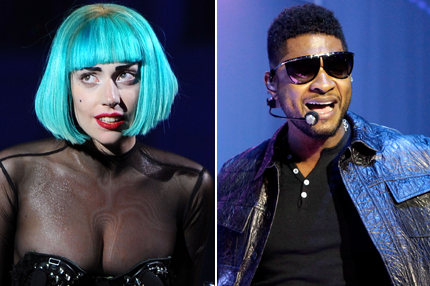 The nonprofit run by former President Bill Clinton is celebrating its 10th anniversary in a big way. Lady Gaga and Usher will perform at the October 15 concert, the William J. Clinton Foundation said this morning. U2’s the Edge and Bono are also set to perform as an acoustic duo at the event, which takes place at the Hollywood Bowl in Los Angeles and will stream live via Yahoo!. The foundation says it will announce other performers later.

“A Decade of Difference: A Concert Celebrating 10 Years of the William J. Clinton Foundation” is intended to build exposure for the foundation’s work, Clinton says in news release announcing the event. “In the past decade, commitments to my Clinton Global Initiative have improved the lives of more than 300 million people around the world,” the former president says. “We’ve lowered the cost of AIDS and HIV treatment, combated climate change, strengthened economies, increased access to education and healthcare, [and] provided financing and mentoring for small businesses.”

Acoustic performances by U2’s the Edge and Bono are a relatively uncommon occurrence. The two recently collaborated without drummer Larry Mullen Jr. and bass player Adam Clayton to write songs for the musical Spider-Man: Turn Off the Dark. Check out the pair’s acoustic performance of All That You Can’t Leave Behind’s “Stuck in a Moment” on Late Show With David Letterman below.

WATCH: U2’s Bono and the Edge, “Stuck in a Moment”