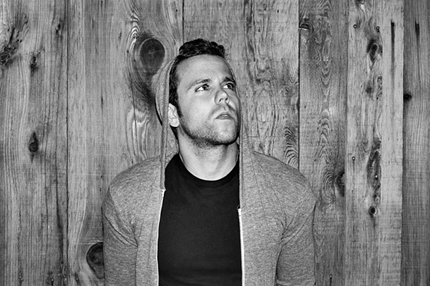 “Midnight City,” the lead single off French electronic auteur M83’s forthcoming double-album Hurry Up, We’re Dreaming, is one of this year’s most addictive, effervescent songs (download it here). As we observed in this month’s SPIN Mix, it’s “the soothing sound of all the creeps in Grand Theft Auto: Vice City rolling on E and hugging it out instead of murdering each other.” But on this exclusive new remix, Danish beatsmith Trentemøller coaxes the song down a macabre alleyway — hear his take on “Midnight City” below.

Trentemøller — who was one of SPIN’s acts to watch at this spring’s Ultra Music Fest in Miami — tones down the original’s synth swells, and slashes the sax solos while stretching out the four-minute song to seven-and-a-half. In that extended play, a wiggly, creeping guitar riff keeps the pace, and without all of the fancy adornment, the vocals sound less like doe-eyed coos and more like unanswered pleas.