Download "All Alone," a preview of the chillwave maestro's new Freaking Out EP. 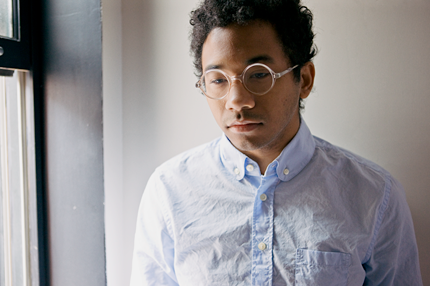 SPIN big-upped Columbia, SC’s synth-pop maestro Chaz Bundick in February for Underneath the Pine, his second album as Toro Y Moi, which we said glides on “ornately funky lounge pop, often with a live, improvisatory feel.” On September 13, Bundick will return with the Freaking Out EP (Carpark Records), and SPIN has an exclusive premiere of its opening track “All Alone.” Download it below in the widget, in exchange for your email address.

Recorded in June during a break in touring, “All Alone” is a shape-shifting electro-funk romp with Bundick singing, “She’s my true love / I’ve got what she needs in her life,” over laptop-generated warbles and thumping club beats. “I wanted the live show to be more upbeat, therefore we needed upbeat songs to play,” Bundick tells SPIN of “All Alone.” “I’m excited to start playing this stuff in concert!”

Catch Toro Y Moi on tour this fall. See all 32 North American dates below, and follow Bundick at Tumblr and Twitter.