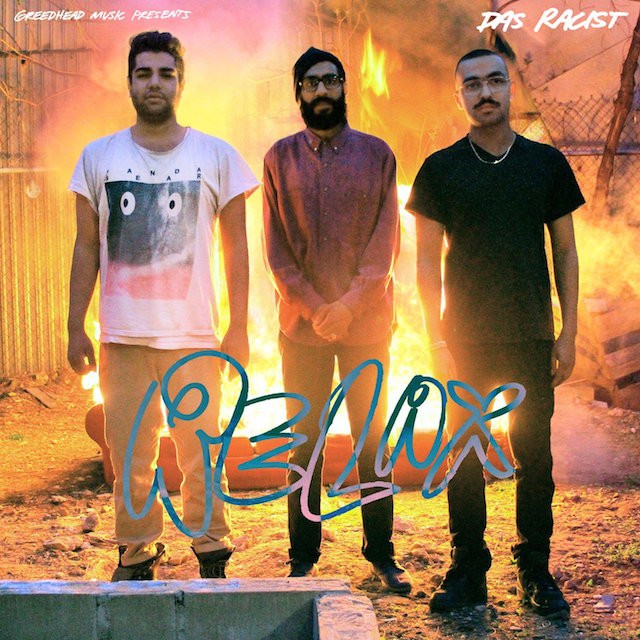 We join Das Racist in the Hey, These Guys Are Actually Really Good phase of their inexplicable career. The viral goof “Combination Pizza Hut and Taco Bell” begat two shockingly great 2010 mixtapes full of sly, hilarious rap chicanery — part Cheech and Chong, part Smif-n-Wessun, part Sartre and de Beauvoir. With Relax, they find out if you’ll pay for it.

It’s still unclear how seriously you’re supposed to take these people, very much by design. The synth-pop jam “Booty in the Air” is essentially Das Racist spoofing Lupe Fiasco spoofing mainstream rap; “Happy Rappy” is a quick, thrilling blast of Diplo minimalism and lyrical absurdity (they start by counting to 20); reprised early Internet cut “Rainbow in the Dark” is a welcome oasis of expertly half-assed calm amid the newfound clamor. Overall theme: Stop trying to figure this out. “You can ask what it do / Or you can act like you knew,” Victor “Kool A.D.” Vazquez taunts. “You can ask what it is / But I still wouldn’t tell you.”