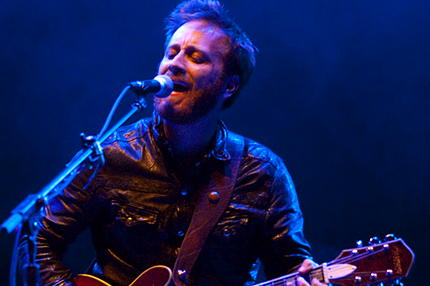 The Black Keys may may have finished recording their seventh studio album, but Dan Auerbach and Patrick Carney have more music coming down the pike. The Ohio rockers have announced a new album from their bluesy hip-hop project BlakRoc, their follow-up to the 2009 debut album. Check out a trailer below.

While the record does not have a release date, Auerbach and Carney – along with hip-hop mogul Damon Dash – have tapped an A-List roster of MCs. Talib Kweli, Curren$y, Wiz Khalifa, the Cool Kids, Jim Jones, and more are slated to contribute rhymes to BlakRoc 2. The clip gives a sense of what to expect: it includes an awesomely druggy, blues-rock vamp over footage of guests laying down rhymes and (duh) smoking boatloads of grass.

As SPIN previously reported, Auerbach and Carney recently completed the next Keys record. The duo teamed up with Danger Mouse (who produced 2009’s Brothers), although the record finds them mining faster, harder terrain. “The new album doesn’t sound like Brothers,” Auerbach says. “It doesn’t have that open soul feel to it. It’s way more driving and the tempos are really fast.”