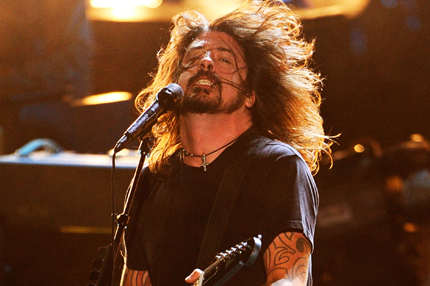 As a nod to their new LP Wasting Light, recorded in frontman Dave Grohl’s San Fernando Valley garage with Nevermind producer Butch Vig, Foo Fighters hit the road for an eight-date mini tour playing in fans’ garages. Talk about front row seats. Tickets were impossible to score, but thankfully the band brought along a video camera.

The result is a 40-minute, music-filled film documenting the out-of-the-ordinary places the band played — a tiny garage in Yonkers, New York; a barn outside Washington, D.C.; a pizza shop and pub in Chicago — and the hardcore fans they met in the process.

“I didn’t win the lottery, but I got this,” said one disciple, who has seen the Foos live 26 times. “If I won the lottery the first thing I would do is pay to have Foos play in my garage.”