One of the year's best new bands chronicles their wild U.S. tour in new video for "You're Blessed." 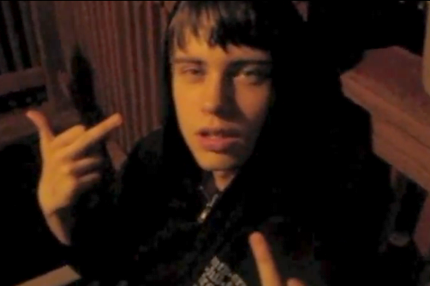 Danish noise-punks Iceage are among 2011’s most vital newcomers, and their debut album, New Brigade, is one of the year’s best, so far. Just last week, they wrapped up their first U.S. tour, and that rowdy jaunt is chronicled in their new video for “You’re Blessed,” the album’s closing track (and, often, their set-closer). Watch it here.

For those yet to see Iceage’s live show, a barely-controlled, furious assault that barely eclipses the 20-minute mark (not shocking considering they blow through 12 songs in 24 minutes on New Brigade), the “You’re Blessed” video is a good first taste.

Sweaty mosh pits erupt in nearly every scene, and the venues slowly increase in size, much like the band’s following. The live action gets spliced with charming footage of the American landscape, as seen through their van window, and at various stops along the way.