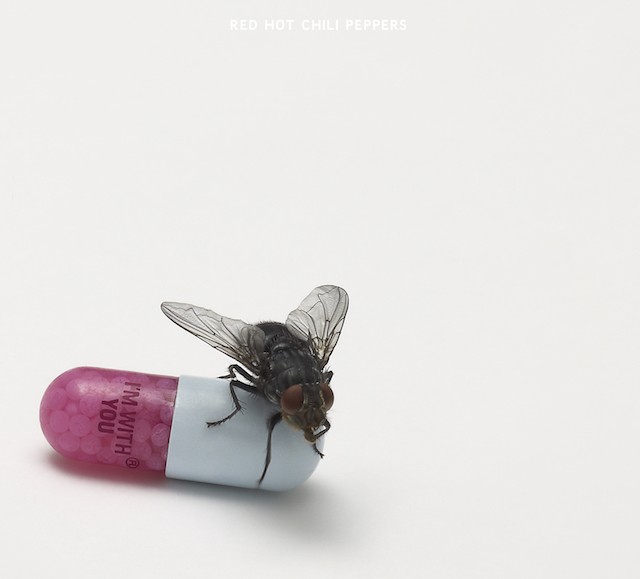 Given Red Hot Chili Peppers’ congenital inability to hold on to a guitarist, you’d expect them to sound unfazed on their first album since John Frusciante’s 2009 departure. And often they do: “Did I Let You Know” has a sunny, mariachi-style horn break, while “Monarchy of Roses” and “Factory of Faith” both ride sleek disco-rock bass riffs by Flea, whose recent stint in Thom Yorke’s future-funky Atoms for Peace seems to have made an impact.

But listen to Anthony Kiedis’ words — a dubious source of big-picture meaning, we’ll admit — and I’m With You suggests that these uplift mofo party planners have been pondering nothing so much as their own funerals. “You know I’m almost gone,” Kiedis sings over new guitarist Josh Klinghoffer’s tolling power chords on “Brendan’s Death Song.” In “Happiness Loves Company,” the frontman collectivizes his midlife crisis with a squirt of squishy SoCal therapy-speak: “We all know and struggle with some loneliness.”

Whether or not Frusciante’s exit triggered this soul-squeezing, the Chili Peppers wisely treat his absence as cause for retrenchment: I’m With You is a much more concise record, both thematically and sonically, than 2006’s double-disc Stadium Arcadium. It feels like one of the band’s most intuitive, too — even if Kiedis pauses “Look Around,” a scratchy, festive tune set in a strip club, to take a “long hard look at my last decision.”