This week: Damian Kulash, singer-guitarist for Los Angeles’ YouTube-assisted indie pranksters OK Go. The band just released their first live album, 180/365, and dropped a quirky music video for “All Is Not Lost,” (watch below) from their last studio album, 2010’s Of the Blue Colour of the Sky.

FAVORITE SONG:
“‘Blackbird’ by Crosby, Stills, & Nash. The original Beatles’ song is basically perfect. Beatles covers are almost always a let down; they feel like recitations of the Bible. But this version is somehow effortlessly unique and inspired.They made it their own without trampling on the original, and discovering it felt like stumbling on a new room in your own house.”

FAVORITE ALBUM:
“New Orleans Street Singer by Snooks Eaglin. Like everyone else, my attention span for music has shrunken to the point where it feels like an accomplishment to get to the end of a song, not to mention a whole album. This old blues record has become my solace from that ADD. The songs are straightforward and lovely, much more melodic and tuneful than what I think of when I think of blues legends like Robert Johnson. If I have several hours to myself, I just listen to the album on repeat. It cleans out my head.”

FAVORITE NEW ARTIST:
“Lavender Diamond. Okay, they’re not all that new, but they’ve been writing a new album at my house, and it’s going to be one of the greatest records of all time. The songs are so beautiful it hurts.” 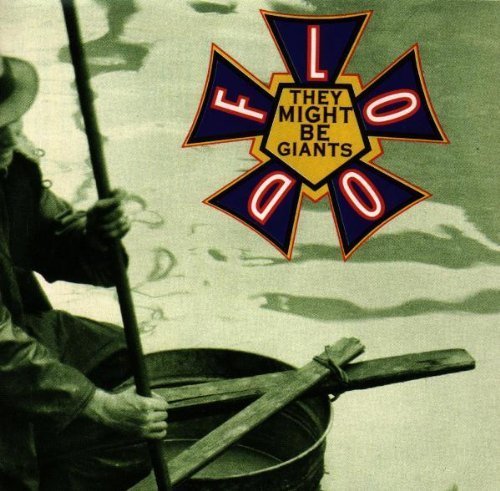 FAVORITE MOVIE:
“Rockers, the 1978 film set in the slums of Kingston starring the era’s reggae stars: Leroy ‘Horsemouth’ Wallace, Gregory Issacs, Burning Spear, Dillinger, etc. Apparently the film began as a documentary and ‘blossomed,’ says Wikipedia, into an interpretation of the 1948 Italian classic, Bicycle Thieves. I’m not really sure how a documentary ‘blossoms’ into a referential narrative epic, but I like to imagine they were following Horsemouth around with a camera and he wasn’t content to be a passive participant and just whipped up a feature-length project for them to film.”

FAVORITE DRUG:
“Caffeine. I have a pretty serious problem, and it wastes a lot of time on tour. Every day is a new city and a new search for decent coffee. With Starbucks everywhere, this shouldn’t be that tough, but somehow we manage to always be at a hotel in the middle of nowhere where the options are the gas station across the highway and the disgusting packet that’s been waiting in the room for a couple years.”

FAVORITE PLACE TO ESCAPE:
“A small town in New Hampshire. My great great grandparents spent their honeymoon on a tiny lake where blue collar Bostonians vacationed. Both sets of my maternal great grandparents summered there, and their kids, my grandparents, met there as little kids in the 1920s. There are no chain stores and no cell phone reception, and an extremely busy day might consist of a walk, a boat ride, and a nap.”

FAVORITE RECORD STORE:
“Amoeba. Does anyone have a different answer to this? It’s like recorded music Valhalla.I’m partial to the one in L.A., but that’s mostly because I spend a lot more time there then in the Bay Area.”

FAVORITE CELEBRITY:
“Sam the Eagle, the Muppet. I love grumps. And Sam seems brave to me, hanging out with all of those goofballs and comedians. He keeps his edge. He stays stern and honest and grumpy. And he has that sweet eyebrow, and he’s blue.”

FAVORITE PIECE OF MUSICAL GEAR:
“I don’t know if this counts, but last night I dreamt of a guitar which I’d created. I was trying to figure out a way to get a Gibson SG to sound more like a Fender Telecaster, and as I was figuring out what sort of modifications would be needed I kept discovering weird extra features I could add. By the time I was done with it, the guitar connected via a long ribbon cable to a helmet I wore which allowed me to see the music as I was playing it. But I was worried that it wouldn’t be sturdy enough to take on tour.”FAVORITE JOKE:
“‘Nine out of 10 people enjoy gang rape.’ Careful who you tell that one to. I know it’s horrible. But that’s also why it’s a good joke.”