Hear "How They Want Me To Be," a sunny and mellow present from Bethany Cosentino. 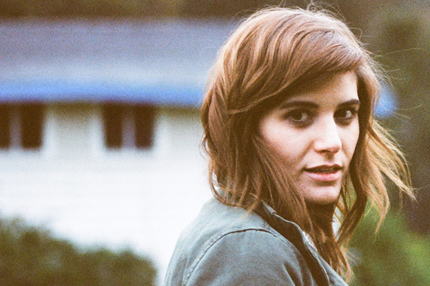 Attention Best Coast fans: Singer-guitarist Bethany Cosentino loves you. In fact, she loves you so much she gave you a song.

To mark her 50,000th Twitter follower, Cosentino posted “How They Want Me To Be” online — listen here.

The rough demo is everything we love about Best Coast, especially the yearning vocal melodies and comforting lyrics: “When I wake up in the morning or in the middle of the night / I look at you, and I know it’s all right.”

“You guys have been some of the most wonderful fans this past year, and I want to thank each and every one of you for supporting Best Coast,” Cosentino wrote. “When times are rough for me, and I am traveling and not sleeping, and am worried about daily life, it always makes me feel better to know that my fans are out there.”

Best Coast are working on their follow-up to Crazy For You, their debut LP which SPIN picked as one of the best albums of 2010. “[‘How They Want Me To Be’] is just a small taste of what’s to come,” she wrote, but warned: “I’ve been talking a lot about our second album… it’s still very far away from being created.”

Best Coast have a handful of U.S. dates in August, including appearances at this weekend’s Lollapalooza and Outside Lands in San Francisco on August 12.