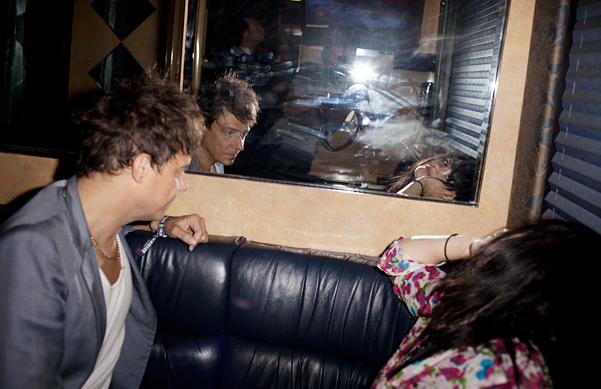 The Kills just wrapped up the U.S. leg of their tour in New York City, and popped by Late Night With Jimmy Fallon to perform their single “Future Starts Slow,” from their latest album Blood Pressures. Watch it here (via The Audio Perv).

While they’ve been in non-stop promo mode since the album hit in April, Jamie Hince and Alison Mosshart look no worse for the wear on Fallon. In fact, they prove they’re easily one of rock’s hottest duos going – just watch Mosshart swivel her hips and toss her jet-black hair like a maniac at the 3:12 mark for proof.

The Kills head to Europe this month for a string of festival dates, but return to the U.S. on September 4 for a slot at the Bumbershoot Festival in Seattle.