Girls’ New Song Is a Surf-Rock Ode to Mama

The San Francisco outfit drop "Honey Bunny" ahead of their album's September 13 release. 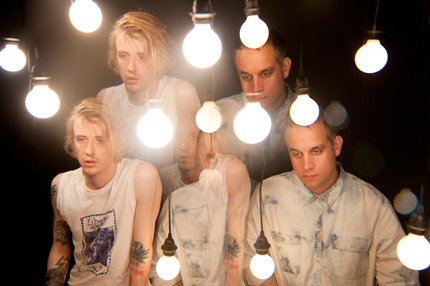 Christopher Owens, frontman for San Francisco outfit Girls, is looking for love on the just-unveiled “Honey Bunny,” the opening track from Father, Son, Holy Ghost, his band’s second full-length, out September 13. And all he wants is a girl to love him sweetly, like his mama. Listen over at NPR.

It’s got a snappy 1950s rock’n’roll sound, with surf-rock leads, oh oh ah ah, baby baby backing vocals, and Owens’ semi-boastful lyrics about shallow hook-ups: “I’ve been messing with so many girls / Who don’t give a damn about who I am / They don’t like my bony body / They don’t like my dirty hair / But I’m gonna get you honey!”

But in the bridge, the tempo slows down, and Owens calls out: “Mama, she really loved me / Even when I was bad / She’d hold my little hand and kiss me on the cheek … That woman loved me / I need a woman who loves me.”

“[It] has a bit of swagger to it, and some reflection about my mother,” Owens told NPR. “It’s a special song to me now, not for the sassy swagger bits as much the parts about Mama. But I think for the listener, it could be the exact opposite. The energy and optimism and determination in it is quite appealing. But that’s the great thing about these things, right? The fact that all of us are hearing something entirely different. I believe that.”