Hear the Canadian singer-songwriter's easy-going song "How Come You Never Go There." 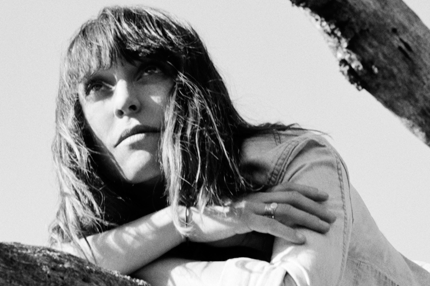 On October 4, Feist will return with her new album Metals, the Canadian singer-songwriter’s first since 2007’s The Reminder, which spawned the massive hit single “1234.” The first track from the set has hit the web – hear “How Come You Never Go There” here.

For Metals, Feist ventured away from her hometown of Toronto, ON, for the laid-back environs of Big Sur, CA. And the album – which she laid down with longtime collaborators Chilly Gonzalez, Mocky, Brian LeBarton, and Bjork producer Valgeir Siggurdsson – mirrors the easy-going vibe of California’s central coast. “How Come You Never Go There” is a breezy, piano-powered ballad with ramshackle guitars, sultry back-up vocals and, of course, Feist’s smoky croon.

Last month, SPIN caught a first-listen to the entire record. Early favorites include the gorgeous, swooning ballad “Anti-Pioneer” and “Woe Be,” which comes on like the coolest Carole King song in years.

Hear It: Feist, “How Come You Never Go There”