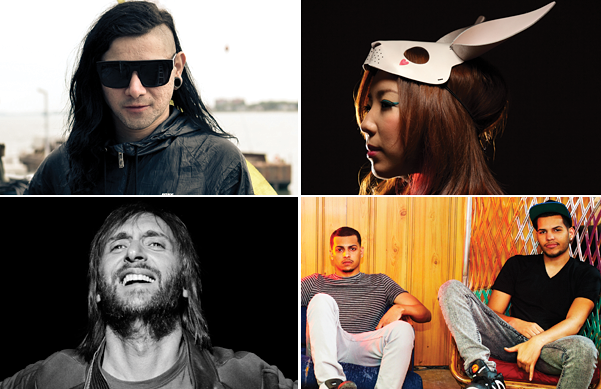 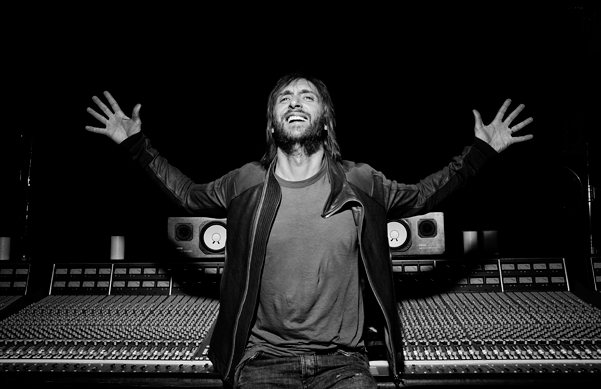 Why He Matters: The French DJ has emerged as the world's biggest party starter and he's become one of pop's most in-demand producers, thanks to his smash hits for Rihanna and Black Eyed Peas. Expect him to bust out new tunes from his latest Nothing but the Beat, along with his excellent bonus disc of Daft Punk-style electro, during his Saturday night headlining set.

Set Peak: "The whole set is non-stop," says Guetta, whose typical gigs can stretch out to four hours. "It can come from big songs like 'Where Them Girls At' to this new one 'Luna,' where the reaction is usually phenomenal."

His Must-See Artist: "Definitely Afrojack," he says. "I've fallen in love with his music and his production and his DJ'ing. It's really amazing — I'm so proud of him." 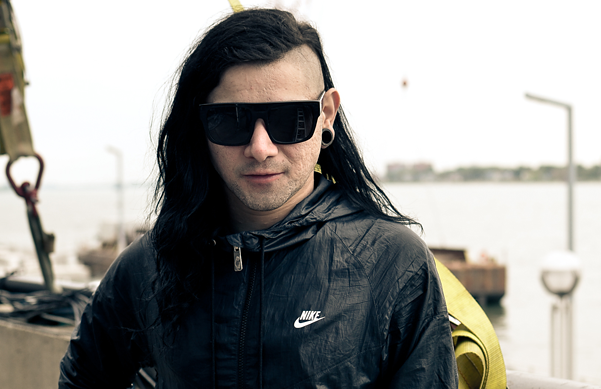 Why He Matters:? He's reignited the country's interest in electronic music by appealing to club-kids and rock-heads; the 23-year-old former screamo singer is the Mick Jagger of the genre. And his rise has been meteoric. Last year, he didn’t even crack DJ Mag’s Top 100 DJs poll, the Blue Book of DJ popularity contests (he was No. 591.) Since then, he’s racked up 1.2 million Facebook “likes.”

Set Peak:? "Scary Monsters and Nice Sprites," which you're bound to hear sampled by any number of other performers over the weekend. 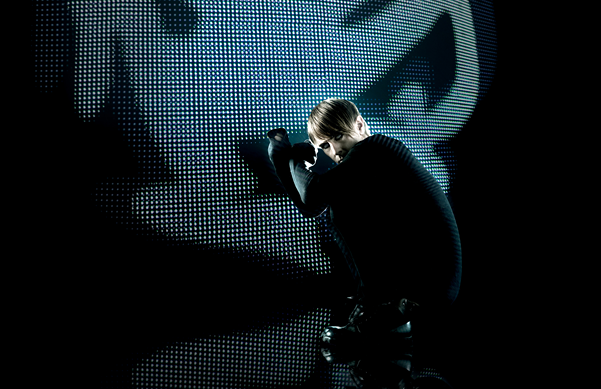 Why He Matters: Richie Hawtin, a pioneer of '90s Detroit house, is making a rare appearance with his minimal electro project Plastikman on Friday — and he's planning a balls-out production for the occasion. Hawtin's performance is an immersive, multimedia experience, complete with retina-burning LED screens. (The audience can even take part in tweaking visuals, via an iPhone app dubbed Plastikman SYNK.) Added bonus: Hawtin's playing a more pared-down DJ set on Sunday.

Set Peak: "Don't bother coming if you're not going to see the whole thing!" says Hawtin with a laugh. "The set slowly develops so it's not only about the audio, but the visuals too. It's all about taking people away for an hour or hour and fifteen minutes and letting them get lost in this alternate world.

His Must-See Artist: "I'd pick Skrillex. He's a phenomenon. What he's doing with just a fucking laptop for 20 or 30,000 people? It's incredible." 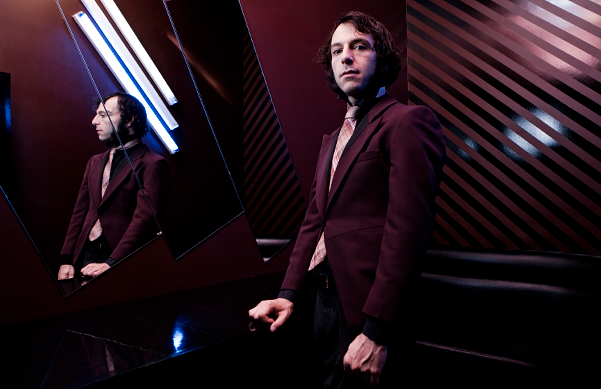 Why He Matters: Alfred Darlington (a.k.a. Daedelus) brings classical sophistication to his impossibly complex electronic compositions. The high-brow influence is genuine: The California native studied double bass, bass clarinet, and jazz at the at University of Southern California, and his seducation informs his flawless fusion of music from the '30s with cutting-edge technologies like the Monome (an open-source device).

Set Peak: The end — duh! "It might be all hellfire and brimstone," says Darlington.

His Must-See Artist: "So much goodness!" he says. "That Saturday alone: 12th Planet, Bloody Beetroots, Sub Focus, SBTRKT, Beardyman, across many stages. This festival is practically oozing electronic goodness." 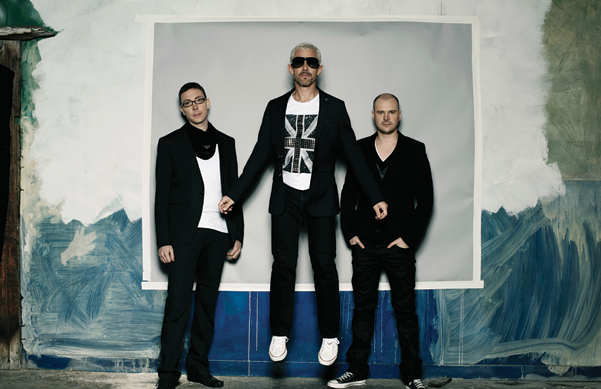 Why They Matter: As founders of Britain's progressive house label Anjunabeats, Above and Beyond's Jono Grant and Paavo Siljamäki are some of the genre's leading tastemakers; the trio (along with Tony McGuiness) regularly rank at the top of DJ polls. Even Madonna opted to use their spacey, dance-oriented remix of "What It Feels Like for a Girl," instead of the ballad version, for her controversial 2001 video.

LISTEN: Above and Beyond, "Sun and Moon" 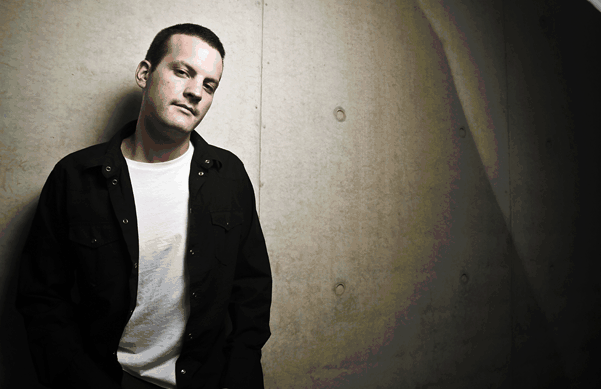 Why He Matters: Australian DJ James Cayzer, who specializes in progressive house and trance, is constantly scouring the world for new sounds, which he shares on his top-notch podcast Jaytech Music. (Episodes 37 and 42 are some of his best, and feature additional hour-long playlists from Matt Rowan and Roddy Reynaert, respectively).

Set Peak: The last 15 minutes. "I'll be doing some epic mash-up action with some Anjunadeep [his label] material, which always gets a good response," says Cayzer

His Must-See Artist: Michael Woods. "I have a feeling his set will be pretty sweet." 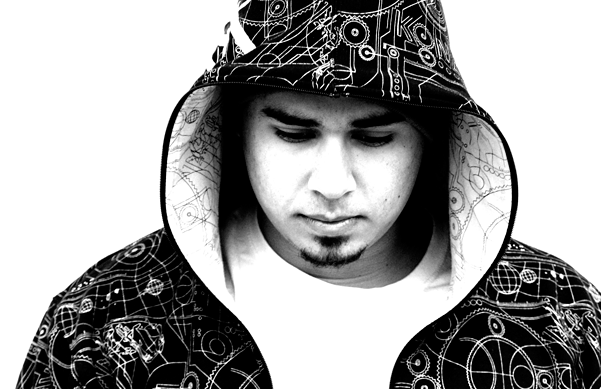 Why He Matters: Because every A-list DJ — from Guetta to Pete Tong — says this Netherlands-based youngster is poised to be the next big thing. He also helped co-write Beyoncé's "Run the World (Girls)," and while the song has received mixed response from pop fans, he gets credit for pushing the star to make her most adventurous single ever. 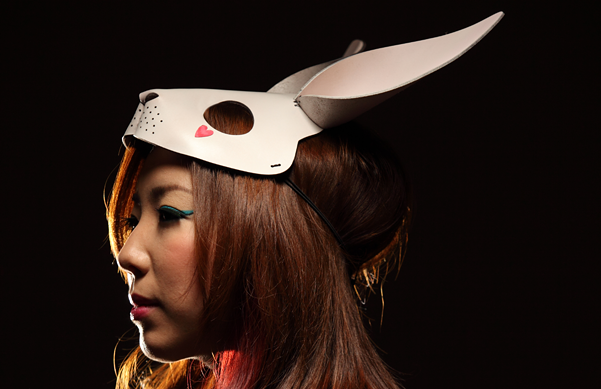 Why She Matters: Because electronic music isn't just for the parachute pants set. Like her California buddy Daedelus, Jennifer "TOKiMONSTA" Lee comes from a classical background — she studied piano — and her sumptuous, groovy tunes call to mind the blissed-out vibe of trip-hop pioneers Massive Attack and Portishead.

Set Peak: The middle. "That's where everything becomes way more involved and intense," says Lee. "I love the act of building up the intensity of a live set."

Her Must-See Artist: "I'd really like to catch SBTRKT's set because I've been listening to that album quite a bit. I played with him about three years ago now and I'm sure his set has totally changed."

LISTEN: TOKiMONSTA, "The World Is Ours" 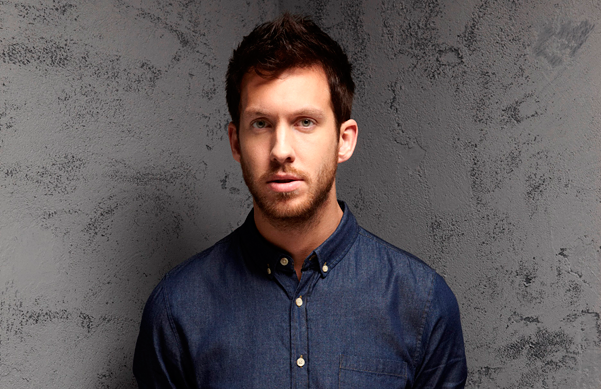 Why He Matters:? Because he can crank out irresistible pop jams for divas like Kylie Minogue as easily as bumping tracks for grime heads like Dizzee Rascal (check out 2009's "Dance Wiv Me"). Plus, dude gets bonus points for turning down Lady Gaga's offer to produce — and maintaining that he doesn't regret it.

Set Peak: ?"Three-quarters of the way through," says Harris. "Everything goes off like you wouldn't believe. You think you've got a measure of what's happening but then something incredible happens. I'm not going to spoil it." 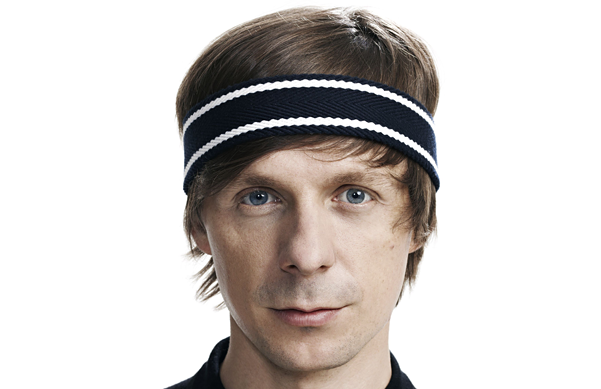 Why He Matters:? The French artist is one of the few to have a crossover hit this year: Solveig's effervescent collaboration with Dragonette on "Hello" has been hovering in the Hot 100 all summer. He's also shaping how pop music's going to sound in the next few years. Madonna, who has been an early champion of Mirwais and Stuart Price, has tapped him to produce tracks for her next record.

Set Peak: "In festivals, we play short sets so normally there are no ups and downs, it's all about keeping the energy level at the max level all the time."

His Must-See Artist: "Skrillex! All the way!" 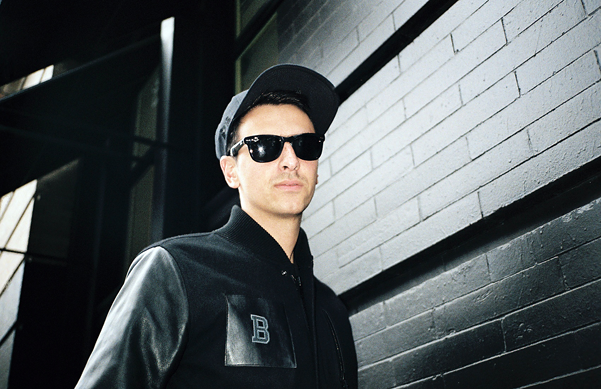 Why He Matters: ?Berlin-based Alex Ridha started as a DJ spinning classical house jams, but he's grown into one of indie-rock's go-to people for inventive remixes. Check out his recent collab with Erol Alkan and Jarvis Cocker for the Leonard Cohen-sampling "Avalanche."

Set Peak: "I'd recommend coming either in the beginning or the end," he says. "In the beginning, I have a long intro I try to create a certain vibe with so it gets in the right mood for the first track I play. The end gets super epic most of the time." 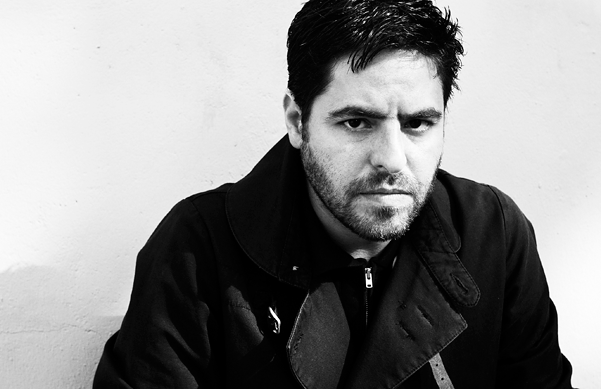 Why He Matters: The Brazilian DJ — who's in with the tastemaking German techno label Kompakt — will offer relief from the serotonin-sapping headliners. Boratto's terrific album III is a chilled collection of glitchy beats and subdued textures. Plus, he'll be performing some tracks using a Reactable — the crazy looking, illuminated tabletop instrument that lets users manipulate sound by moving plastic objects.

Set Peak: "When I improvise. I love to do that, cutting elements and making some parts longer. The beginning and the end are probably the best moments, when I'm very relaxed or very excited."

His Must-See Artist: Nicolas Jaar. "Why? I like his music and somebody told me his live show is great." 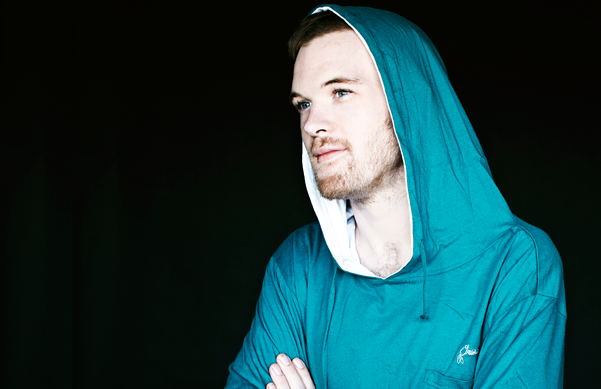 Why He Matters: He was discovered by Diplo and championed by M.I.A. early on, but the L.A.-based producer has come into his own with awesome dubstep remixes of Lady Gaga, Kelis, and Kid Cudi. His live shows also erupt into bedlam. Wear body armor.

Set Peak: The first five minutes, when Rusko typically debuts a song he's worked on the day before. "We have a studio on the bus so expect pure exclusiveness!"

His Must-See Artist: "Friday, I'm checking out my old friends High Contrast and Feed Me because I'm a junglist at heart." 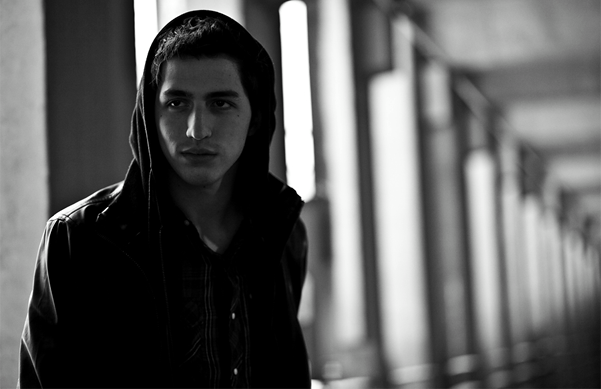 Why He Matters: The North Carolina-based 18-year-old is dance music's wunderkind. He's earned raves from David Guetta and Paul Van Dyk for his music, which touches on everything from trance to dubstep to house — sometimes all in the same track ("The Wildcat"). He's also jet-setted to gigs around the world... before he even received his high school diploma.

Set Peak: "My personal favorite part of my set is when I do songs like Michael Woods' 'VMS,'" says Robinson. "The drop is something totally unexpected."

His Must-See Artist: "I always love to see my boys Skrillex and 12th Planet," he says. "But I'd also love to see Mat Zo and Sub Focus, whose productions I really admire. I'm planning to see as many acts as possible." 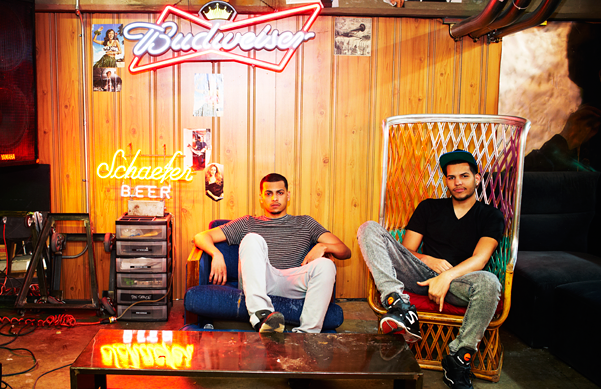 Why They Matter: Bronx-based brothers Chris and Steve may not have been around during the vinyl era, but their sets are an aural history of dance music from the last 40 years and touch on everything from disco and soul to house and hip-hop.

Set Peak: "Usually an hour into the set we get really comfortable and start getting into a good creative pocket," they say.

Their Must-See Artist: "Everyone on the line up is an amazing talent and its gonna be fun cause we're gonna be seeing them rock in our home town! Nothing better."

LISTEN: The Martinez Brothers, "The Causeway"