It's enough to have even casual fans frothing over the film's October premiere. 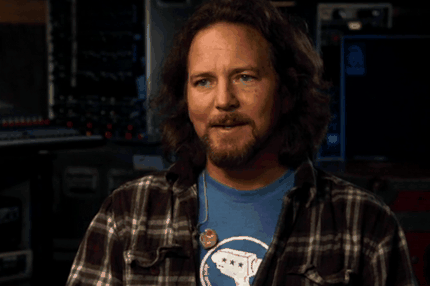 Premiering October 21 on PBS, Pearl Jam Twenty collects rare and unseen footage of the Seattle alt-rock band as part of their 20th anniversary celebration, which also includes a star-studded festival in September. Good news: Crowe manages in just a two-and-a-half-minute trailer to make the quintet’s career seem vital – even to the guy who asks, “‘Jeremy,’ who?”

The trailer opens with filmmaker David Lynch asking frontman Eddie Vedder when “music first started to become a thing for you.” Cut to footage of the band shredding in concert, stage diving, talking to the press, and bro-ing down backstage and on the tour bus. Then Vedder answers: “When you’re sitting in your room playing guitar, you don’t have to worry about being successful … it’s not gonna happen. It’s just not gonna happen.” Until it does.