The Replacements founding member teams up with his fiance on gorgeous track "Meant to Be." 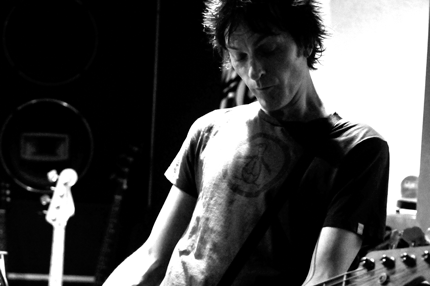 Tommy Stinson is best known as a founding member of the Replacements, but next month, he’ll return with his second solo album, One Man Mutiny, and SPIN is premiering one of the standout tracks, “Meant to Be.”

Stinson delivers a bright, poppy rocker featuring gorgeous boy-girl harmonies and swooning slide guitar. That’s his fiancé Emily Roberts singing in the background, and while Stinson’s lyrics have a dark take on relationships – “It’s about the awkward and tragic side of dating people you shouldn’t be trying to date,” he tells SPIN – it doesn’t sound like there’s any trouble in his own personal life.

“I really think that Emily’s background vocal idea set in motion a new direction for the entire record,” he says. “I had long wanted to have a female voice to sing with, and had finally found one.”

One Man Mutiny is out on Stinson’s imprint Done to Death Music on August 30.