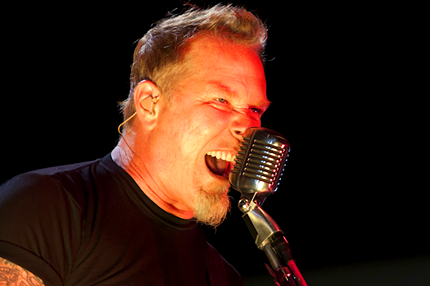 It’s been thirty years since Metallica formed, and the kings of thrash metal are planning an anniversary celebration in San Francisco, CA, later this year. The band will play four shows at the Fillmore the week of December 5. As an added bonus, they are offering tickets for the low cost of $6 – the cost of their concert tickets in their early days (their first show was in Anaheim, CA, in March 1982.)

“These unique shows will include special guests and events, rare songs, varied set lists, odds and ends, and all the nutty stuff you expect from Metallica,” the band posted on their site.

The concerts are only available to members of the band’s Met Club, and registered users will have the option to purchase four-pack tickets for the entire run (those cost $19.81) or individual passes. To get more information, head Metallica’s official site.

As SPIN previously noted, Metallica’s next album will be a collaboration with Lou Reed. Details have yet to be announced, but the band has revealed that the set will include 10 tracks and that it was created with “lightning speed for a Metallica-related project.”