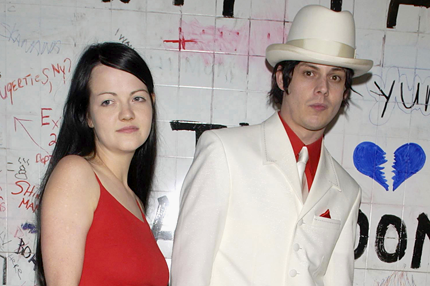 The White Stripes may have called it quits, but their vault continues on. Two previously unreleased tracks from Jack and Meg White have been released via Jack’s Third Man Records Vault subscription service, which you can hear below (via Antiquiet).

The two unearthed gems are covers of Love’s track “Signed D.C.” and Otis Redding’s “I’ve Been Loving You.” Arthur Lee, the late leader of the proto-psychedelic sixties group Love, originally recorded the tune for the group’s 1969 album Out Here, and Jack and Meg offer a faithful rendition of Lee’s wailing ballad.

For the Redding cover, however, the duo add their bluesy scuzz to Redding’s classic from his 1965 album Otis Blue. The tempo is a bit faster than Redding’s original, and the Stripes do without the horn section, but White makes up for it with some awesomely gnarly garage-rock riffage.

White’s Vault service offers exclusive access to rare releases and concert streams by the Stripes, Dead Weather, the Raconteurs, and other acts on Third Man’s roster. Sign up for the service here to get more goodies.

Hear It: The White Stripes, “I’ve Been Loving You Too Long”