The late New York City disco punks get toy doppelgangers in "All My Friends" remake. 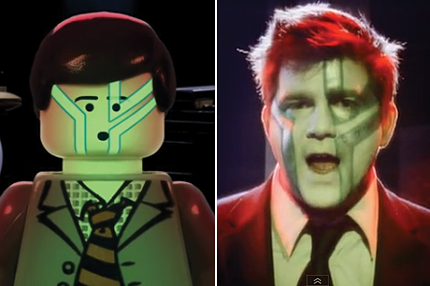 Three months have passed since New York City’s LCD Soundsystem played their final gig at Madison Square Garden, which translates to 10,022,400 seconds of deep depression for hardcore fans. But instead of dancing to “All My Friends” at home every night, the crafty Michael J. Green filmed a reenactment of the classic track’s video, starring LEGOs!

“[It’s a] tribute to the band that no longer is,” Green wrote on YouTube.

In the place of singer-mastermind James Murphy is a LEGO man, dolled-up Bowie-style with angular blue makeup and a black tuxedo, singing into the camera as it pans out to show his band gliding through the anthemic new wave jam.

So grab a bottle of cheap champagne and mourn LCD’s death by dancing to the original and LEGO versions of LCD’s “All My Friends” clips.