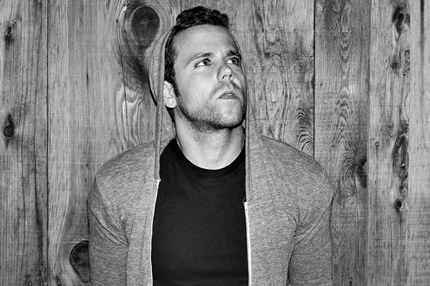 French electronic act M83 are back — and they’re teaching a sea of chillwave upstarts a thing or two about gripping, electro-rock on “Midnight City,” the first MP3 from their upcoming double album, which now has a name — Hurry Up, We’re Dreaming — and an October 18 release date. Grab the song at M83’s official site.

On the track, M83 mastermind Anthony Gonzalez slips gracefully from subdued verses to a gorgeous instrumental “chorus,” built up with thick layers of synth bass, ethereal keyboard wails, and thunderous percussion. And then it’s all punctuated with a blistering Billy Ocean-worthy sax outro that screams ’80s excess, perfect for cruising the motorways in a top-down BMW, or a Patrick Bateman killing spree.

Gonzalez told SPIN that the entire opus is about dreams. “Overall, it’s pop — and very epic,” he said. “Anyone who loved M83 before, they’ll love this album even more. People that hated me, they’re going to hate this, too.”

Gonzalez — who said he gained loads of confidence in his live act while touring behind 2008’s Saturdays=Youth, and opening mega-shows for the Killers — will hit the road in late-October, kicking off a 20-date North American tour in Mexico City, and wrapping in New York City.