We break down five of the best tracks from the singer-songwriter's fifth full-length, due out this fall. 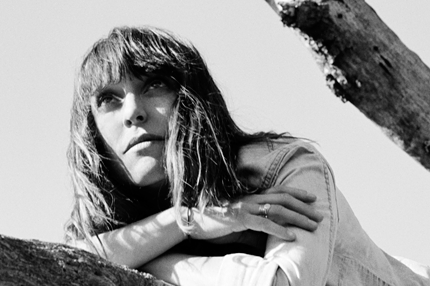 It’s been four years since Leslie Feist broke through with her fourth solo album The Reminder, which scored four Grammy nominations, and her hit single, “1234,” which helped sell boatloads of iPod Nanos, thanks to that ubiquitous Apple commercial. She’s remained relatively low-key after wrapping up a grueling world tour in 2008, but the Canadian singer-songwriter will end her break this fall with a new record Metals, due out Ocobter 4.

For the album, Feist joined longtime collaborators Chilly Gonzalez and Mocky and worked up a dozen songs in Toronto. Then they headed down to Big Sur, on California’s central coast, to complete the record with percussionist Dean Stone, keyboardist Brian LeBarton, and Valgeir Siggurdsson, who’s produced albums by Bjork and Kate Nash.

The result — produced by Feist, Gonzalez, Mocky, and Siggurdsson — is a gorgeous collection of overtly poppy tunes, cinematic art-rock, and strummy ballads. It’s probably too early to say if Metals will yield a crossover phenomenon like “1234,” but the songs are definite growers. SPIN got a first listen to the album and here are some of the highlights.

Anti-Pioneer
This torchy ballad starts with pleading, moaning guitar riffs and touches of harmonica, before gliding into a multi-tracked chorus with sumptuous harmonies. There’s a hair-raising turn toward the end, as strings swell, recalling the heartbreak drama of Beck’s 2002 album Sea Change. (The influence would make sense: the two collaborated in 2009 on a cover of Skip Spence’s Oar for Beck’s Record Club.)

The Undiscovered First
It opens with Feist singing and strumming an acoustic guitar, but soon explodes into an uplifting chorus, with bright horn melodies, handclaps, and symphonic flourishes. Upping the intensity, “Undiscovered First” concludes with Feist and her backup singers crooning, “Is this the right river for us to forge / Is this the way to live?” with the sassy verve of The Supremes.

Woe Be
The influence of classic Brill Building songwriters like Carole King shines brightly on this easy-going bit of popcraft, with rollicking, gospel-style piano, guitars, and shambling drums. Reminiscent of Leonard Cohen’s wordplay on “Hallelujah,” Feist cleverly compares relationships to the art of the song: “He’s the verse, and you’re the hook / Woe be the girl who loves a songwriter.” If any track has potential to break big like “1234,” it’s this one.

Cicadas and Gulls
Perhaps the record’s quietest track, “Cicadas and Gulls” features Feist unspooling lovely impressionistic lyrics over her own delicate, finger-picking. The rural vibe of Big Sur no doubt influenced her lyrics, which compare natural imagery to existential questioning. “Little bird, have you got a key?” Feist croons. “Unlock the lock inside of me / Where will you go to keep yourself afloat?”

Comfort Me
Feist started out as a punk, calling herself Bitch Lap Lap and performing with Peaches, and that aggressive, abrasive attitude gets revived on this track. It leads with one of her coldest disses ever: “When you comfort me, it doesn’t bring me comfort, actually.” The music is also hair-raising, with clomping drums, moody guitar, and a chorus of voices shouting, na na nas like a chain gang. Tom Waits would approve.