Following the end of the Canadian indie stars this spring, Spencer Krug returns with his debut full-length from his alter-ego. 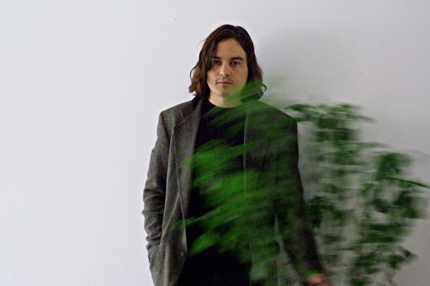 Canadian indie-rockers Wolf Parade played their last show on May 30 in their hometown of Vancouver, BC, bringing an eight-year career to a close. Now frontman Spencer Krug’s solo LP as Moonface, Organ Music not Vibraphone like I’d Hoped, drops August 2 via Jagjagwar. But you can hear it right now, exclusively at SPIN.

Krug says the 37-minute effort is “dense, but in a satisfying way… like eating a small, heavy piece of cheesecake. It’s music played with an organ, organ beats, organ beeps and bloops, and some digital drums. Music based on layers and loops, the hypnotizing sound of a Leslie speaker, and the onslaught of melody.”

Krug has a few other projects in the works, too: “Later this year I will be recording with a Helsinki-based band called Siinai,” he says. “I’ll also be working on new percussion recordings and performances with my friend Mike Bigelow, who is a gentle, borderline alcoholic with fast hands also currently helping me to play the Organ Music LP onstage. After this year, who knows? But I think I will stay on a zig-zag path until I fall.”