In the video for "New Direction," the Atlanta punks rock out while soaring around the world. 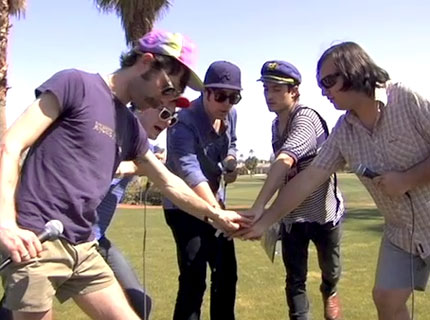 Literally building off the song lyric “Going on a vision quest / Surf the mountain, ride the crest,” the band members jam out while soaring over mountains, sometimes accompanied by a stuffed monkey — thanks to green-screen technology. With its purposeful DIY feel, it’s a cheeky reminder of the group’s history of lo-fi crazy.

Check out the clip, and watch our behind the scenes video from the Lips’ SPIN cover shoot, featuring guitars on fire, Jackass-style stunts, and more!