The Best Rap Songs of the Year… So Far

Brandon Soderberg picks the 16 tracks that are keeping the genre hip-hopping forward in 2011. 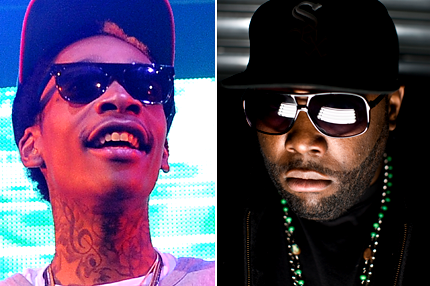 Cities Aviv, a Memphis rapper pretty much ignored by the blogosphere, called his debut album Digital Lows (available for free on Bandcamp). That phrase, “digital lows,” sounds like a pop medical term for the feeling one gets during hour three of Tumblr page-downs or the 416th Facebook photo of an ex you’ve stared at instead of closing the laptop and going to sleep. Or maybe it’s the overwhelming feeling that happens after you’ve thought long and hard about hip-hop and the Internet and tried to break down a hype machine that bounces from Odd Future (are they still cool?) to Kreayshawn, briefly pauses to celebrate the release of a Big Sean album, and then claims that someone named SpaceGhostPurrp is the dude about to blow.

Tuesday night, I got an email from a guy who claims the beat for Lil Wayne’s “How To Love” was stolen from him. First of all, dude’s beat was not jacked. Second, why would you wanna even claim that beat? That was one particular e-mail that definitely gave me the “digital lows.” Not that this is specific to hip-hop. There’s “Weinergate.” And as I scour the gossip blogs like everyone else, I’m torn by what to click on next. Depressingly private photos of Amber Rose or something about Quentin Tarantino’s choad?

The 16 tracks below add up to about an hour-long cure for the digital lows. The theme here is basically the best rap songs so far this year, but also the songs that have defied their contexts, and risen above any subgenre tags and the blog-rap din to stand on their own. Apologies to Curren$y, who has released two very solid albums this year — Covert Coup and Weekend At Burnie’s — but is one of those increasingly rare, whole-enchilada type rappers whose appeal has little to do with an individual song.