6 Northwest Bands You Need to Know 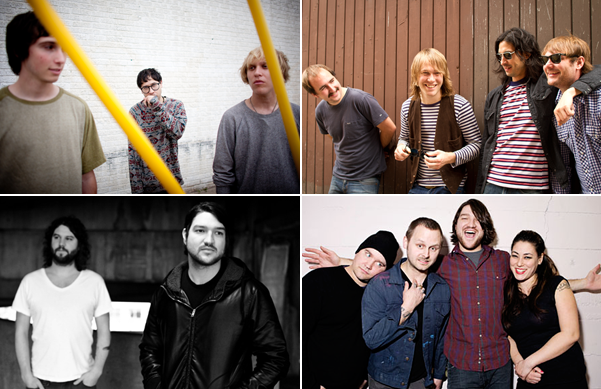 Seattle's 15th annual Capitol Hill Block Party will lure 15,000 music lovers to the city's hippest neighborhood from July 22-24 to check out 70-plus bands over three music-packed days. Headliners include TV on the Radio, Battles, Explosions in the Sky, Ghostland Observatory, and the Emerald City's own the Head and the Heart. But Block Party's soul lies in the up-and-comers that make up the rest of the fest. Here are six local heroes you should know.

Seattle's 15th annual Capitol Hill Block Party will lure 15,000 music lovers to the city's hippest neighborhood from July 22-24 to check out 70-plus bands over three music-packed days. Headliners include TV on the Radio, Battles, Explosions in the Sky, Ghostland Observatory, and the Emerald City's own the Head and the Heart. But Block Party's soul lies in the up-and-comers that make up the rest of the fest. Here are six local heroes you should know. 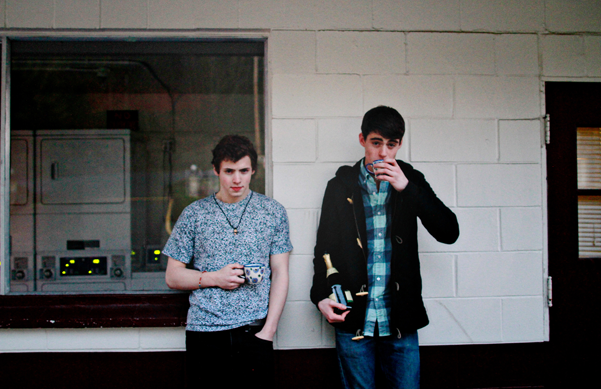 Why they matter: Depending on the song -- or your age -- Beat Connection's melancholy electronica could be called downtempo, trip-hop, IDM, or chillwave. Their recently released Surf Noir EP sounds like its title, all splashy sunsets and brooding groove. Onstage, principals Jordan Koplowitz and Reed Juenger explode into a beach-blanket disco.

You should know: The Seattle Laser Dome was an appropriate setting for Beat Connection's Surf Noir release party in April. Shrouded in smoke, lit by laser light, and rocking a 10,000-watt sound system, Koplowitz and Juenger drew half the room into a shameless dance party while the other half melted into their seats.

WATCH: Beat Connection, "In the Water" 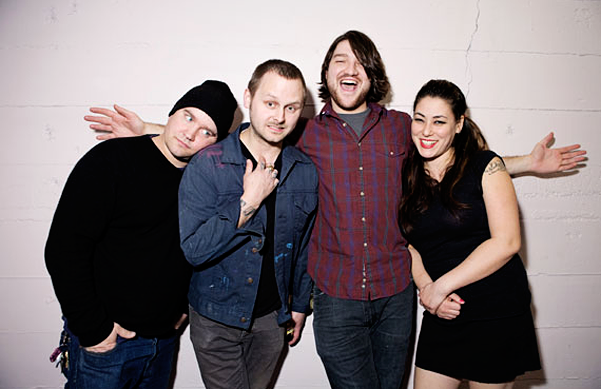 Why they matter: Heavy drinking and daredevil technique add up to palpable danger in Absolute Monarchs. The Seattle quartet unleash a torrential thunderfuck that crashes math rock's meticulous timing and breakneck changes against sleazy, pheromone-fueled bluster. Angry, self-deprecating, and fearless, these guys tear the scab off a wound first inflicted on Seattle by the Murder City Devils back in the mid-'00s.

You should know: Absolute Monarchs played their first show at Capitol Hill Block Party 2009. Sequestered in a cramped basement bar in the middle of the afternoon, the Monarchs weren't part of the official lineup. Two years later they hit Block Party proper as one of Seattle's most-buzzed bands. 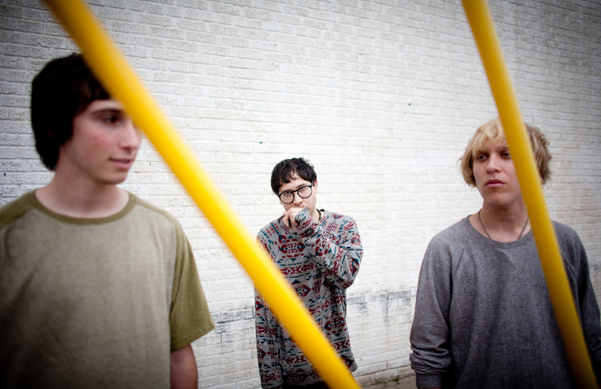 Why they matter: Unknown Mortal Orchestra is the only Portland, OR, band on this list, but main Mortal Ruban Nielson hails originally from Auckland, New Zealand. A year ago, Nielson recorded songs in his bedroom on a laptop, singing, sequencing, and playing guitar. He posted his playful, soulful, nerd-chic funk-pop at BandCamp.com, began playing shows with a bassist and teenage drummer, and gained serious notoriety online-- so much so that he recently signed to Mississippi indie Fat Possum to release UMO's self-titled debut.

?You should know: Unknown Mortal Orchestra was birthed from the ashes of the Mint Chicks, an art-punk band Nielson started in Auckland with his brother Kody. Their final gig was a disaster -- Kody trashed the band's equipment onstage and Nielson ended up moving to Portland, OR.

WATCH: Unknown Mortal Orchestra, "How Can U Luv Me" 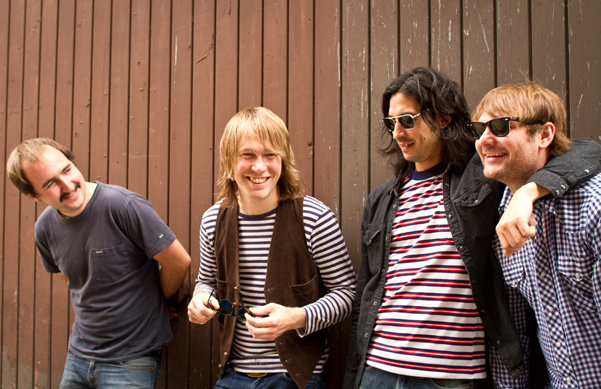 ?Why they matter: "Instant classic" is an oxymoron, but the First Times embrace their '70s power-pop predecessors tightly enough to squeeze out a sound simultaneously immediate and timeless. The band comprises five refugees from other Seattle outfits -- including indie folk duo Arthur & Yu, who are signed to Sub Pop offshoot Hardly Art -- who've finally found their groove in the First Times. Infectious songwriting, twin lead guitars, group-sung choruses, boogie basslines... Who needs to reinvent the wheel when it's attached to a hot rod like this?

?You should know: Piecora’s Pizza, a NY-style joint five blocks up Pike Street from Block Party’s main stage, is the origin point (and primary food supply) for many a Seattle band. Lead singer Shane Herrell and lead guitarist Travis Morrison worked there together while starting the First Times. 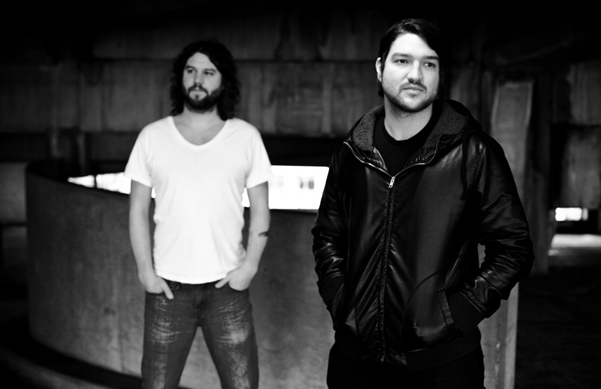 Sounds like: The Black Keys, the White Stripes, the Sonics.

Why they matter: The obvious reference point for any two-man garage-blues band is other two-man garage-blues bands, but that's only part of the story with My Goodness. Guitarist Joel Schneider and drummer Ethan Jacobsen blast a stripped-down, fuzz-toned racket that harkens back to screaming Seattle bands of the 1960s like the Sonics and the Wailers.

You should know: Schneider plays bass and sings with ballistic rockers Absolute Monarchs, another Block Party band to watch.

WATCH: My Goodness, "I've Got A Notion" 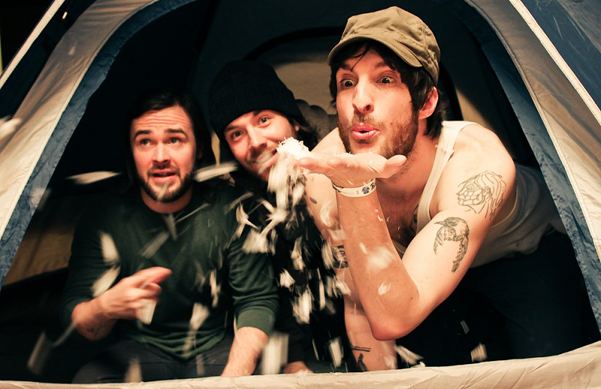 Sounds like: The Dodos, the Cave Singers, Jose Gonzales.

Why they matter: Ravenna Woods provides a crucial reminder to Seattle's current scene: Just because it's folky and acoustic doesn't mean it must be pastoral and warm. The three-man band plays haunting urban folk, full of eerie vocal harmonies, spiraling fingerpicked guitar, minimalist percussion, and the occasional toy piano.

LISTEN: Ravenna Woods, "We Want It All"