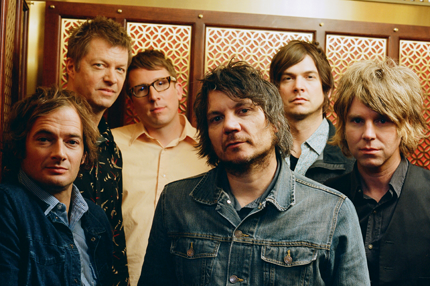 News about Wilco’s eighth studio album has been leaking out for the past few weeks, but now we have official details: The Whole Love, the Chicago band’s follow-up to 2009’s Grammy-nominated Wilco (The Album), will drop on September 27 via their own newly launched label, dBpm Records. Check out the LP’s cover art here.

The Whole Love is bookended by a pair of longer epics, the seven-minute opener “Art of Almost” and the 12-minute closer “One Sunday Morning (Song For Jane Smiley’s Boyfriend).” “I Might,” a folk fuzz-bomb, is the first single. Listen to it here.

Wilco will hit the road for a 14-date supporting tour in September. Check out the dates below.