The Texan instrumental rock band's debut clip for "Last Known Surroundings" is out of this world. 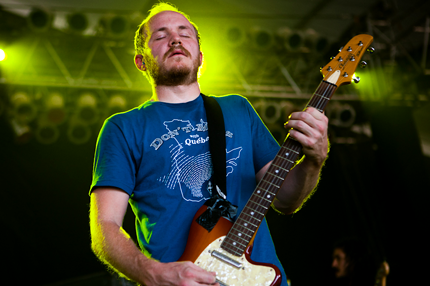 Austin, TX’s Explosions in the Sky are known for their instrumental post-rock songs, some of which have been featured movies and TV shows like Friday Night Lights and One Tree Hill. But after 12 years and six albums, they’ve never had a music video of their own. Until now.

“It took them months and months of solid work,” the band explains. “And we couldn’t be more pleased with their finished product.”