The debut clip from Justin Vernon's new album is a mystical, woodland journey. 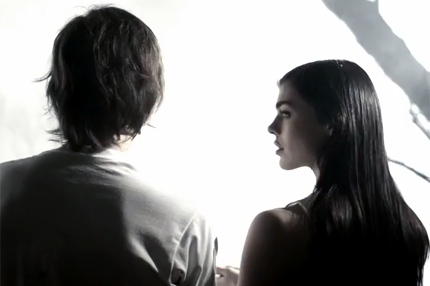 As a musical project, Bon Iver was born in the forest, the brainchild of Justin Vernon’s now-famous trip to a Wisconsin woodshed. The video for “Calgary,” the lilting first single off Bon Iver’s self-titled sophomore disc (out June 21), leans on a similar theme, of rebirth in the wilderness. Watch it here.

In the video, directed by Andre Durand and Dan Huiting, two wistful young folks climb a Lost-style ladder into a somewhat bleak, lifeless forest. We’re not entirely certain what happens next, but something is born, and it looks like a bear.

Bon Iver’s Justin Vernon appears on one of three covers for the July issue of SPIN, along with Arctic Monkeys and Black Lips. Read the entire cover story now.