Scenes From the Suburbs is a companion piece to the Montreal collective's Grammy-winning LP. 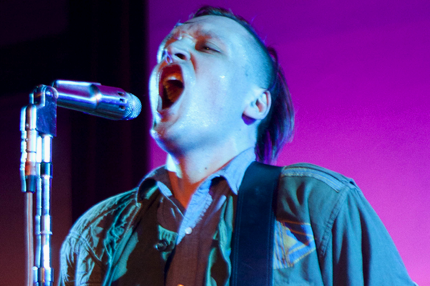 On Arcade Fire’s Grammy-winning 2010 LP The Suburbs, frontman Win Butler sings about a dystopian version of the Texas suburbs where he grew up. Now we can see the complete version of what he means, courtesy of director Spike Jonze.

The Montreal collective collaborated with Jonze – who used the band’s music in his film adaptation of Where The Wild Things Are – on Scenes From the Suburbs, a 30-minute short film that debuted at the Berlin International Film Festival in February. Although previously available as an exceprt, the complete film is now online at Mubi, and – whew! – Butler’s youth outside Houston must have been interesting.

In the film, a group of bike-riding teenage friends struggle to retain their innocence as the military wages a war of terror and control around them. It’s gorgeously shot and Arcade Fire’s music adds an emotional touch. Watch it here.