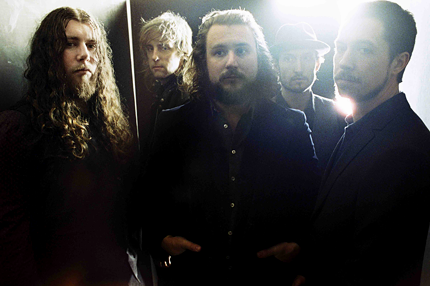 Fantasy/Concord records will honor rock’n’roll pioneer Buddy Holly with a tribute album featuring covers by the Black Keys, She & Him, Florence + the Machine, Fiona Apple, Cee Lo, Modest Mouse, and more (out June 28). A handful of cuts have already hit the web – check out Black Keys ripping into “Dearest” and Julian Casablancas covering “Rave On” – but SPIN has a premiere of My Morning Jacket’s rendition of “True Love Ways,” one of the last songs Holly recorded before he died in a plane crash in 1959 at the age of 22. Stream it here.

Holly’s original, which he wrote for his bride as a wedding gift, was a gorgeous, starry-eyed ballad featuring a lush string arrangement. MMJ don’t alter the song much: Singer Jim James’ voice rings high and bright, while the orchestral arrangements are bolstered with a sweetly lyrical guitar solo and some nice Hammond organ washes. Buddy would approve.